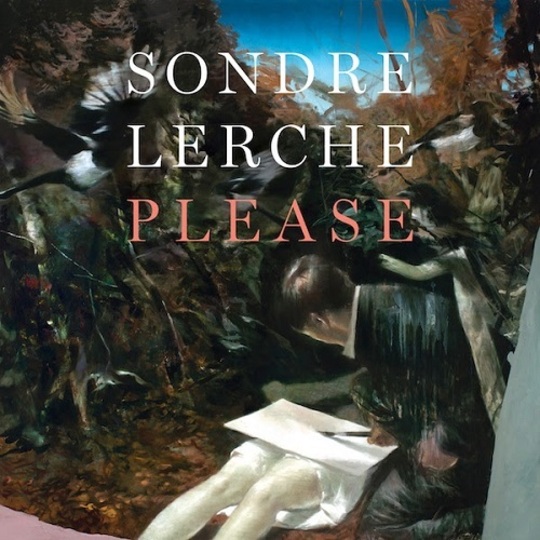 Hai! Norway’s very best kept secret Sondre Lerche is back! Fantastik. Did you know that Please marks album number seven for the perpetually baby faced Brooklyn-resident? It feels like many, many moons ago that Lerche’s name first crossed my cochleae: it was around the time of 2007’s Phantom Punch, I think. That, shall we say, more ‘plugged in’ record hardly rewrote the rulebook for strummed pop-rock fare, but I’m not sure it really mattered. Here, in the very same year that James Morrison went and bought up all the FM/AM real estate with ‘You Give Me Something’, was a singer-songwriter with a rich harmonic language (evidently he trained as a jazz-guitarist), making a go at some interesting production decisions. What’s more: Lerche was hardly going to pander to any ‘mopey songwriter’ cliché – he was far more likely to write a ‘Graceland’ than a ‘Bridge Over Troubled Water’.

Since then, through 2009’s Heartbeat Radio and 2011’s Sondre Lerche, the 32-year-old Bergen native seems to have developed a knack for maintaining repute, at least on this fair isle, as a singer-songwriter sat right on the peripheries of fame, neither declining in stature nor giving any real credence to the phrase 'it takes 10 years to become an overnight success'. Which I’m sure is a potentially rage-inducing kind of experience in which you have to be a very particular type of human being to see that, actually, you’ve got it pretty good: stability in an industry where the bubbles of others’ successes so often pop and dissolve into ether.

Anyway, Please is, as ever, a Sondre Lerche record full of competent, inventive pop songs, although I’m happy to report that both ‘competence’ and ‘inventiveness’ have perhaps been taken up a notch. Frankly, I can’t imagine anybody being offended by this record in the same way I can’t imagine anybody being seriously offended by the likes of Phoenix or The Shins. Ultimately, the task at hand is just to work out whether you’re a ‘1901’ or an ‘Entertainment’ kind of gal.

The songs on Please fall into two (constantly overlapping) categories: quite simply, it’s dance floor numbers versus headphone moments. It opens with the former: I suppose snappy indie-disco opener ‘Bad Law’ (is that a subtle cowbell lurking?) is just what happens when Norwegian pop musicians come over all ‘Fuck Tha Police’: “stating my name to the officers / it was in vain ‘cause I knew they were out to get me”. Soon thereafter comes sing-along piece ‘Legends’, my personal favourite of the limb-jerkers, if largely for this one skipping couplet: “we’ll never know what legends we could be, just dumbass you and dumbass me”. Further down the line is ‘Lucifer’, which absolutely wins the inaugural DiS award for ‘Catchiest Samba-Style Song Ostensibly About Satan Ever’.

But these upbeat numbers are hardly indicative of the record’s imaginative scope. ‘Crickets’ knows exactly where best to leave the gaps in its groove. Hazy waltz ‘Sentimentalist’ disappears completely into a cloud of distortion. ‘At A Loss for Words’ is punctuated by funky 8-bit video game blasts. ‘Logging Off’ culminates with a saxophone solo in which each note sounds like it’s played backwards at the same time that it’s played forwards (that’s not just me getting carried away with my words, I’m pretty sure that’s genuinely what’s happening). Please so often feels like a fantastic exercise in finding the most unusual production direction that doesn’t demand the sacrifice of one iota of catchiness.

I mean, this album has most of the things you could want of a pop-rock record. It’s a samba-song about Satan, for Christ’s sake! But through it all, you might be surprised to hear, Please is also a break-up record – in fact, it’s a divorce record. I didn’t want to mention that at the beginning because, largely, I think folks have a far too concrete idea of what a ‘break-up record’ should sound like. In fact, I’ve already seen it written of this record that it isn’t, you know, ‘wrought’ enough to be a ‘proper’ breakup record – but that seems like a crock. Satan is his ex-wife! Cracking stuff. Conceptually if not musically, this is a seething, vicious, canines-out kind of break-up record (although not, it should be added, without his own fair share of blame). And let’s face it: we’d all much rather listen to some guy sing the words “when you’re with me I don’t understand / why on earth we would ever speak again” to a beat that’s vaguely redolent of ‘Copacabana’, than, you know, whatever James Morrison would do.