This Is All Yours 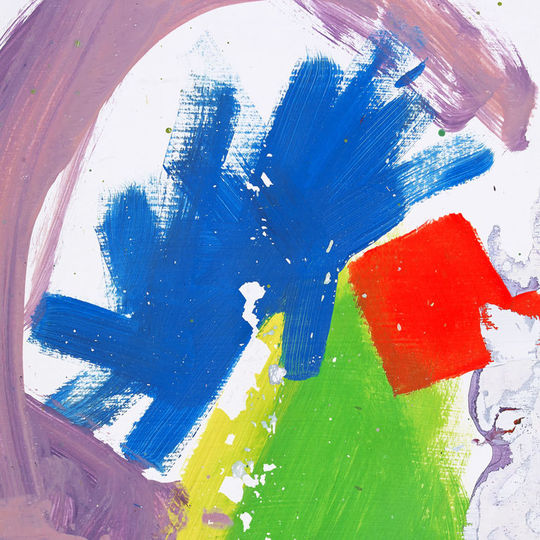 Let’s be honest, some reviews are hard to read and even harder to write because of all the received opinions you can’t tune out. Two years ago, Alt-J did indeed have the notorious ‘albatross hung around their neck’ of the Mercury (pace Damon Albarn), but since three-quarters of previous winners have found it no hindrance at all to their career, perhaps the snarking about the 'Mercury curse' is kneejerk anti-corporate sentiment, and we might (dare I say it?!) consider the award to be an actual mark of merit.

For all their eclecticism, Alt-J are a band with a reliable formula. At the core of almost every song, melodies are picked out deftly on clean guitars or keyboards, while vocal harmonies rise and fall behind, obeying Eno’s diktat that any song, no matter how weird the arrangement, is still a pop song if you can ooh and ahh along to it. What makes the arrangements surprising is the way that the core of each song is often pushed down in the mix, obscured by the sudden arrival of a sample or alternate instrumentation not to mention those weird lead vocals. In some places, melody is simply erased – a breakbeat takes over – but count silently to yourself, and you can almost hear the invisible busker in the band’s collective head; if the rays of inspiration had struck the US rather than UK, the same songs might have belonged to Fleet Foxes. A formula isn’t the same as a trick, though, and as much of the tension that makes for musical pleasure when released comes, here, from the unconscious question: how will each melody be resolved (by which instrument?) rather than just: after how many bars.

If all this sounds too cerebral, the band have to be credited for knowing what techniques enhance the sentiment of the songs, rather than just having more ideas for ornamenting them; the best thing here is 'Warm Foothills', a duet where male and female vocals alternate within the line – not from line to line, or verse to verse but actually sharing a melody (started by one, completed by the other), rather like Shakespeare having Romeo start off a sonnet that’s completed by Juliet. It’s surprisingly rare in music: cute when the Moldy Peaches did it (wonkily), but deliriously romantic here (for being so tight), as if the one singer shape-shifted into the other, and (to quote the immortal words of the Spice Girls) 2 Become 1.

On the one hand, then, Alt-J have the making of a band that could serve as a conduit to the avant-garde for younger / more vanilla listeners; pointing their fans toward the people they assimilate like Bowie, Blur, and Radiohead before them, without being fully avant-garde themselves.

On the other hand, Alt-J still need to figure out what they have to say, and the 'new Gomez' tag may stick for a while. Both albums have been cluttered with words chosen for the sake of a rhyme: on the debut, the ostentatious metaphors and wordplay came awfully close to compromising the sincerity of the songs when the subject matter was, basically, sex. At a glance, the lyric sheet looks like Scott Walker but on closer inspection: Brian Molko. This isn’t the only flaw: where the first album was sequenced to flow continuously, the second often slows into stagnant pools ('Arrival in Nara') or gentle whimsy that adds nothing ('Garden of England'). True, 'Bloodflood' (from the previous album) was strong enough that “…Part II” is welcome here, slowed down with mournful brass, but it’s a worrying sign to present an old song as the climax, before drifting to a conclusion with 'Leaving Nara'. (Nara, FYI, is a prefecture in Northern Japan; a place that may have inspired the mood of the more wistful tracks, but only a little of its musical idiom, in the Noh-like barking of the vocals.)

Overall, then, This Is All Yours is a respectable follow-up to an acclaimed debut that raised the bar for alternative music; it’s more inventive than the work of 90 percent of young bands, but raises the question whether Alt-J are content to coat their songs with a thin veneer of different styles, or they want to explore more deeply, and if so: with what message?