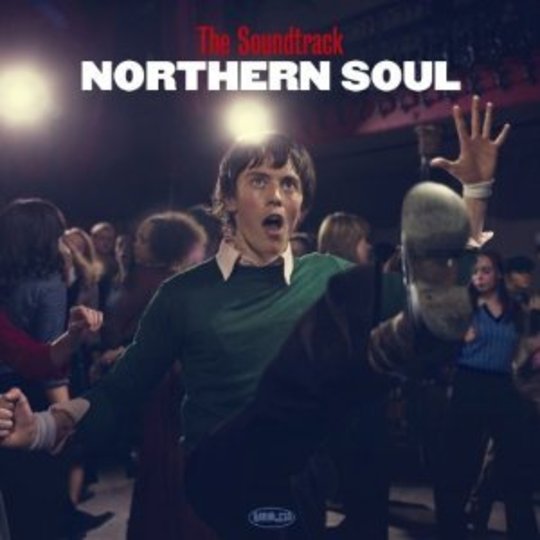 Northern soul was to the late Sixties what punk rock was ten years later. A truly underground phenomenon, perhaps the first. Certainly the first to fully embrace working class culture. Oddly enough, the phrase 'northern soul' was first coined by the owner of a London-based record store because a lot of his customers tended to come from the Midlands and up north in search of rare American soul 7-inches, many of them imports and almost every one of them released independently.

Club nights in places like Wigan, Stoke-On-Trent and Blackpool emerged as the north's answer to the more affluent upmarket Brighton and Soho scenes. Except here, the emphasis would never be on fashion. Just the music. Kickstarting the all nighter experience later replicated by the rave scene and omnipresent throughout clubland since, drugs rather than alcohol played a big part (the substances of the day being amphetamines) in fuelling the relentless spent of energetic dancing that often resembled gruelling exercise regimes in their own right. The other parallel with the rave and acid house scene would be the anonymity of many of the artists. Many of the pressings were so rare even the singers themselves were unlikely to own a copy, let alone expect some to turn up in some of England's least salubrious corners.

As with every music scene, northern soul had all but disappeared by the early Eighties, many of the venues shut down as the new romantics and disco took over the clubs. However, its influence lives on both culturally and musically. While many of the records augmenting the scene were produced on low budgets, there was a distinctive rawness to the sound many producers and engineers have tried to revisit in decades since. It's also worth noting just how much some of these discs find themselves sold for on eBay and other second-hand market places. Frank Wilson's 'Do I Love You (Indeed I Do)' went for £25,000 five years ago with many more fetching four to five figure amounts besides.

Thanks to the golden age of the internet and sites like www.northernsoulmusic.co.uk it has become slightly easier to build one's own digital library but the clamour for rare vinyl artefacts continues to this day. Earlier this year, BBC4 ran a documentary on the phenomenon entitled Living for the Weekend which anyone with the slightest interest in club culture needs to watch, while last year's Culture Show special 'Keeping the Faith' served as a timely introduction to the UK's first entirely word-of-mouth underground music scene.

Which brings us onto the soon-to-be released film celebrating the scene. Northern Soul, directed by Elaine Constantine, whose past credits include the promotional video for Richard Hawley's 'Baby You're My Light', tells the story of two teenage friends whose lives became impacted by the scene. The accompanying soundtrack compiles a mammoth 54 songs including Marvin Gaye's hard-to-find 'This Love Starved Heart of Mine (It's Killing Me)' and 'The Night', Frankie Valli & The Four Seasons first release on Motown in the mid-1970s which heralded a resurgence in the group's career some 13 years after their first release.

Housed in a two-CD and DVD box set, Northern Soul: The Film Soundtrack represents a treasure trove of lost classics from the movement's widely conceived archives that will prove as much of an interest to completists as it will those on their maiden voyage of discovery. Although by no means a concise anthology; some of the biggest floorfillers from the era may be conspicuous by their absence - Dobie Gray's 'Out On the Floor', 'Tainted Love' by Gloria Jones' and 'I'm On My Way' by Dean Parrish being three that spring to mind - there's enough here to keep one's self immersed for hours on end.

Hardened enthusiasts might wish to invest in the deluxe package, which for the princely sum of £83 gets you 14 seven-inch singles and a 60-page hardbound book of photographic stills from the film. Nevertheless, this collection comes highly recommended whatever the format. Let's hope the film lives up to expectations and does the soundtrack justice when it hits the big screen next month.