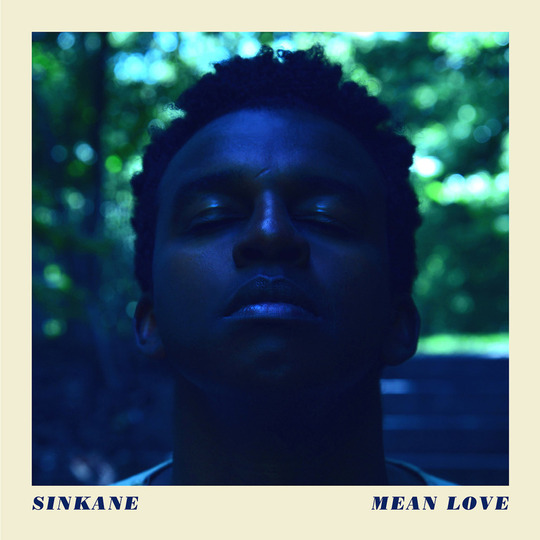 To ensure authenticity, an artist’s music should be a natural sublimation of their sphere of experience. But, as Ahmed Gallab - aka Sinkane - would attest, it’s often further complicated as life’s not a level playing field. Born in Sudan, his college professor parents sought refuge in the US when he was six and an itinerant upbringing saw him settle in Ohio at 18 having soaked up a variegated Western musical diet, fascinated with jazz as much as electronica. Encompassing disparate roots, Mean Love is an attempt to reconcile native African heritage with established Western influences. Far from easy.

Gallab doesn't shrink from the challenge, though. What’s more, he recently told the New York Times, “...it was time for me to look deeper into myself and make a more personal record.” Somehow he’s managed that too, and listening to Mean Love is to often hear an elegant musical birth in reverse; a simplification of form and satisfying affirmation of the self. Gone are the more ethereal vocals and extended, improvised grooves, both cornerstones of previous record Mars and predilections that found Gallab working with electronica heavyweights like Caribou and Yeasayer. In comes, well, pop.

It’s a refreshing change as well as an unassumingly substantive one. To hear the title track’s full on croon bewailing romantic suffering (potentially the foot-stamping friendzoned kind “you know I love you but you’re mean to me”) - equal parts vulnerable and charmingly naive - will startle fans. We music journalists are often guilty of glibly bandying about genre signifiers like confetti, but - yes, brace yourself - it really is also a country doo wop electronic torch song.

It’s a trick repeated in the sumptuous soul of ‘Hold Tight’, the preening falsetto turned from gauche to lascivious and deployed over a killer bass groove. “I’m not naive / I know I’ll know so few so intimately” he avers, the ladies’ man trying to convince that day/hour/minutes’ quarry he’s anything but. The quirky bossa nova of ‘Moonstruck’ also sounds like Jacques Brel meeting Philip Glass on a tipsy midnight stagger home, and ‘Young Trouble’ sees lilting, friendly dub meet country pedal steel. All are love songs of different stripes, the bundles of genre tied together with a universal emotion.

Elsewhere lyrical angles are slightly more oblique, but that just throws light on the wonderful alchemy of sound. ‘New Name’ has a phalanx of galloping percussion, wailing vocal samples, exclamatory brass and a fluttering sample, like a flag gently whipped by a desert wind. ‘How We Be’ adds a healthy dollop of soul in the spirit of rootsy exploration, its chunky strut sounding like a Curtis Mayfield song trapped in an early 90s coin op. ‘Galley Boys’ is a real highlight, a gentle tumble about life lived at the margins via a lovely whorl of largely unadorned African polyrhythms and dreamy, cascading pedal steel.

The record continues a tradition of mixing world music with pop that can be traced back to Graceland and further to Remain in Light. A sure-fire mess in lesser hands, Gallab instead handles his musical palette with poise and ease, releasing the clearest and most satisfying expression of his tropicalia to date. There’s even an indication that he can take most difficult step of all and make his material transcendent as his voice rings out stark and spare on ‘Son’, an open-hearted plea for paternal acceptance. The unwillingness to risk emotional connection seen on Mars meant it often slipped into the background, but the shift to more straightforward songcraft and the continuing successful genre fusion means Mean Love both demands and rewards attention.