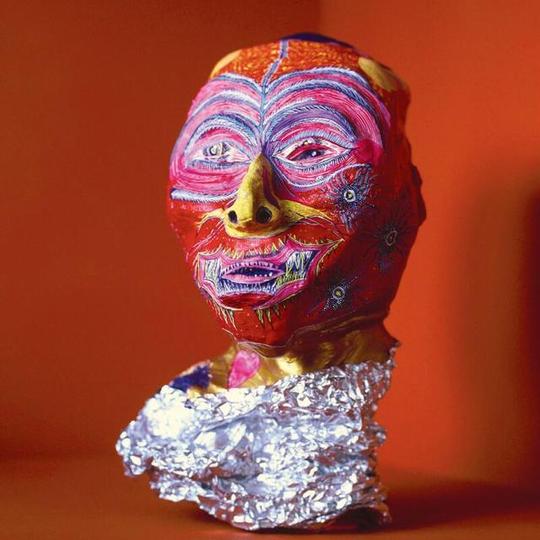 The approach to music that The Wytches have been cultivating over the past three years is a testament, in many ways, to the current rock climate; they play like a punk band, all raw, visceral energy, they sound like a surf rock band - it’s that unmistakeable guitar that runs through much of this debut album - and they write like a psych outfit; all weird digressions and off-kilter transitions. It’s as if you have to set yourselves up like that these days - working in ways often contradictory to one another - especially if there’s nothing particularly striking, in originality terms, about the sounds you’re playing with. This Brighton trio deserve some credit then for having the intelligence to realise this.

With Annabel Dream Reader, they’ve certainly managed to produce something sonically singular, which is more than you can say for psych-tinged contemporaries like Toy's recent efforts; they’re relying on the same basic palette throughout - those quivering guitars, Kristian Bell’s rough, occasionally distorted vocals, and percussion so washed-out that it often sounds as if it was recorded underwater. The sharpness, instead, is supposed to come from the guitars; on opener ‘Digsaw’, a jagged line only falls away to allow Bell’s roars to come to the fore, and whilst the likes of ‘Wide at Midnight’ and ‘Fragile Male’ bring the tempo down a little, the riffs are no less huge, no less central to the way in which the song’s been written.

Probably the most important feature of the record, though, is the atmosphere that The Wytches have managed to summon up; ultimately, it goes beyond just the obvious trick of setting otherwise dark sonic landscapes against that blissed-out surf rock guitar tone. Perhaps it’s more overbearing in some places than others - ‘Gravedweller’s menacing bass might be a little too on-the-nose - but throughout, the band are successful in drenching everything in a pretty heavy sense of dread and foreboding; even when the sheer energy of, say, ‘Wire Frame Mattress’ is stripped away on the likes of ‘Summer Again’ and ‘Part Time Model’, Bell’s brow-beaten delivery is enough to maintain that same level of gloom - the former, in particular, utilises a weird, unsettling distortion on the guitars at the climax.

If there’s an issue with any of that, though, it’s that, at points, Annabel Dream Reader veers dangerously close to repeating itself; perhaps it’s that the album isn’t especially well-weighted, with the second half seeming to contain most of the slower, more deliberate cuts, and maybe it’s just that its thirteen tracks prove just a little too sprawling - they might have cut a couple of the sake of maintaining momentum - but it’s hard to shake the feeling that the album might have outstayed its welcome by the close, and that the energy that characterises the band’s live shows might have been better represented by something a little tauter.

It’s not that Annabel Dream Reader is by any means a bad album, and it’s certainly not a boring one. The Wytches have proved themselves a genuinely intriguing proposition, one with far more up their sleeves than just straight-up punk raucousness, but that also have evidently not quite got a handle on how best to present themselves on record, either - given that this is their first effort, though, that’s entirely forgivable.