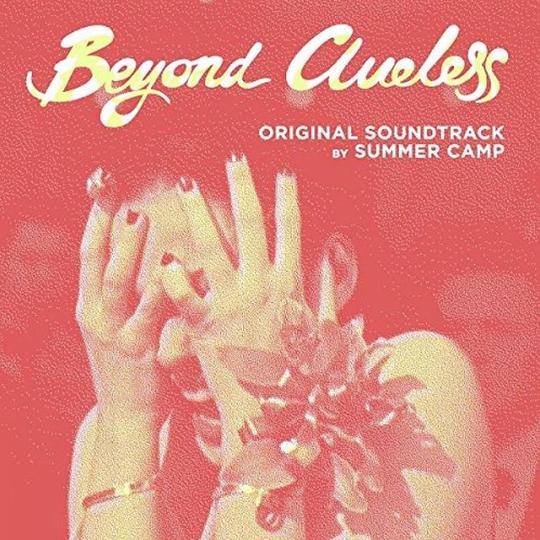 When it came to scoring his Kickstarted documentary about the golden age of teen movies - that's 1995-2004 for those of you taking notes - filmmaker and blogger Charlie Lyne couldn't have asked for a duo better suited to the task than Summer Camp.

Jeremy Warmsley and Elizabeth Sankey have made a career from ploughing a musical furrow of artificial nostalgia. A trait that stems all the way back to their very first EP Young, which was a warm tribute to Eighties 'Hughsian' innocence that never really existed beyond the dark of a cinema. A time when Andrew McCarthy was a style icon and we meant Ringwald when we talked about Molly.

They followed it up with a 2011 debut Welcome To Condale, which took that sound to a natural conclusion; transporting listeners on an emotional survey across a Californian town that never was. A conceit that allowed them to delve deep into the inner life of the town's teenage population while managing to avoid cliche; ultimately crafting a rather sweet and at times heartfelt record.

Since then however, their releases have been a mixed bag. 2012's EP Always took them to the dancefloor - a momentary diversion they failed to capitalise on - while last year's eponymous second album removed the conceptual framework of Welcome To Condale and struggled in its absence; leaving something with plenty of hooks but little form or feeling.

It's a problem which concerns them less on Beyond Clueless, as the band are driven by the purpose behind the documentary rather than behind their own music. Indeed, when it came to constructing the film, director Lyne built his carefully edited cinematic essay in close collaboration with the duo. The film's narrative constructed from existing movie footage, with actress Fairuza Balk's stark voiceover and Summer Camp's audio as the viewer's only guide. And it's a move that plays to the pair's strengths, as they're allowed to concern themselves less with the demands of evoking feeling over more simple atmospherics.

The album works best on tracks like 'House Party', which opens on heavily sampled dialogue and looping beats, only to give way to recursive bass, as Sankey sings "You take yourself too seriously" in sweet languid tones as the hazy fuzz of guitars burns off in the summer heat. And while Sankey isn't on the album a great deal, when she does appear the mood elevates. 'Beyond Clueless' is a featherlight romp through the vagaries of high school life, while 'Losing It' - which falls somewhere between garage rock and '60s girl groups - brings a bittersweet tone to the teen experience and could have been ripped straight from Welcome To Condale.

Instrumentals 'Weak Walls' and 'Judgement' surprise with their darkness; the former echoing Clint Mansell-esque intensity, the latter hinting at John Carpenter's self-composed digital masterpieces. While closer 'Graduation' layers deceptively simple guitar lines into a throbbing, hypnotic crescendo that - in some ways - echoes the hopes and anxieties of the day its title invokes.

Of course, what makes a memorable soundtrack is the pleasure you get from repeated spins once the film has finished, but sadly much of Summer Camp's work here is so close to the source material it's almost entirely inseparable from Lyne's visuals. An issue which leaves the bulk of the album's remaining instrumentals such as 'Meet The Cliques', 'Swimming Pool', or 'Learn To Love Yourself' to sound - at best - wholly forgettable.

The mark of any truly great soundtrack is to enhance the film AND work well in isolation. It's something that Beyond Clueless only manages to get half right. So you get twelve colourful washes of sound that work well on screen, but in terms of the band add up to not much more than a interesting EP. That said, the structure of the soundtrack does allow Summer Camp a few moments to shine in a way that they haven't since their debut, something they'll hopefully carry over to their next release.