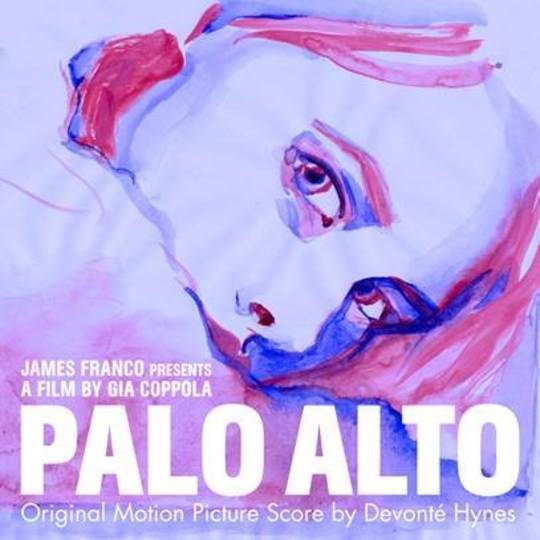 Palo Alto, meaning ‘Tall Tree’ en Español, is a Gia Coppola-directed adaptation of James Franco’s short story collection of the same name. Unveiled at last year’s Telluride Film Festival in Colorado, it stars Franco, Emma Roberts, and Val Kilmer, and depicts a group of high school delinquents wreaking havoc and indulging in various vices in the titular Californian charter city. An intriguing premise that evokes coming-of-age dramas like Kids and Thirteen, it’s made all the more intriguing by the recruitment of Devonté Hynes, the hip, New York-dwelling mastermind behind the Blood Orange and Lightspeed Champion projects, to write the score for the film - which, on paper, is a fabulous decision.

However, I’m going to take a brief pause here to admit to something: I have not seen Palo Alto. Try as I might – emailing Dev’s label Domino (the lovely PR lady hadn’t seen it either), scouring cinema listings (there’s no word on a release date in the UK), even delving into the black market of the internet (where the lurking threat of computer viruses eventually scared me off pursuing this rather last resort) – I’ve been unable to view the film prior to filing this copy. Which, truth be told, is a bit of a problem: without the visual context, the song titles on this score – ‘Run To Graveyard’, ‘Teddy In The Library’, ‘Teddy is Crushed’ – are unable to add to the emotional capacity of the music like they’re surely intended to. It’s a bit like stepping into the unknown: you have to presume that, as you listen to Dev’s well-crafted musicianship, at some point in Palo Alto a character named Teddy takes out a book, before later being disappointed by his life choices. Talk about spoiler alerts.

Anyway, now that’s said and done, let’s explore the music as best we can. Most of the songs on this OST are instrumentals, broken up with a few recognisably-structured pop songs. They’re mostly short compositions too: despite consisting of 18 tracks, the entire score is only 30 minutes long, with the shortest offering coming in at just 33 seconds.

‘Palo Alto’ is one of about two legitimate pop songs present as it actually sees Dev take to the mic, delivering a smooth vocal over a rather svelte, lounge-y backdrop. ‘April’s Daydream’ also features vocals, but they’re deliberately distorted so as to become intertwined with the sustained synth chords. ‘April’s Bathroom Bummer’, weird title aside (again presumably referring to a particular scene where the April character has an angsty realisation whilst staring into a sink), sees a reverb-drenched Dev emote before a sprawling, Tubular Bells-esque instrumentation wheezes over what essentially becomes rather funereal proceedings.

Of the instrumentals, ‘Teddy & April’ comes across all Lightspeed Champion-y with a flowing, folky acoustic and some cooing vocal harmonies. ‘Soccer Field’ and ‘Big Game’ are essentially the same xylophonic-driven composition, whilst ‘Fred Drives’ is a mostly-choral affair, broken up by a synth section that jolts every now and again like a thumping headache. On screen, this is most likely an excellent union of sound and vision that cranks up the emotionality of the scene, but on record, it more than resembles a Pro Tools demo.

This OST, then, may just be one for Dev Hynes aficionados – those who swear by the Galaxy of the Lost or are common frequenters of the Champagne Coast – rather than the general music-buying populace. It’s a pleasant enough collection, one that’s presumably made all the more poignant by having actually seen the film. Even then, it’s sadly not comparable with the kind of immediately replayable soundtracks that really gave the likes of Submarine or The Social Network that extra edge.