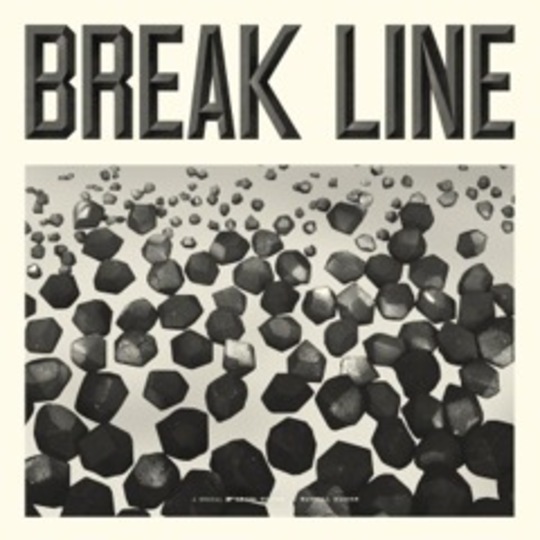 Break Line The Musical is the final product of a project that began a decade ago, when Yeasayer's Anand Wilder and pianist Maxwell Kardon decided to create a record based on 'a labour conflict in a western Pennsylvania coal town that their fathers had learned about from an old folk song taught in Quaker schools in the Fifties'. Because of busy schedules and the like, the project has been knitted together from stolen moments over the last ten years where the pair (and their many contributors) managed to write and record bits and pieces of the record.

It's strange to hear a musical for the first time, rather than watch it. You don't have the same sense of space, characters, interaction and dialogue that usually connect the peaks and troughs in the story line when a musical is performed on stage, so it takes extra concentration to piece together what's happening. According to the bumpf, it's 'a classic tale of betrayal, pride and love lost', which is impressive and everything, but doesn't really explain a great deal about what you're about to spend the next 40-odd minutes listening to.

The second track on the record, 'Wedding Day', was released online back in May. It's an understated, simple song, with Wilder performing the lead vocal. It's all very low-key until the last third of the song, when the flutes, percussion and enthusiastic backing vocals come out and create the sense of celebration we've been waiting for. In 'Opportunity' Chris Keating's unmistakeable vocals lend it a Yeasayer quality, particularly given its bluesy chord progression - that surprisingly and successfully morphs into a mini brass band accompaniment.

Hayley Dekle and Quinn Walker's duet on 'Hold You Tight' is conventional and saccharine after the other tracks, although there's no denying the talent of both singers and the happy combination of their voices in unison. The record loses momentum with 'Better To Die' and 'It Doesn't Seem Right' - the tempo, melody and lyrics feel apathetic and lacklustre and it becomes difficult to stay interested, while Ryan Kattner's vocal on the latter song ends up sounding more like an attack on the listener than on some systemic injustice. But Aku Oracca-Tetteh's vocal on 'Fathers and Brothers' is reason enough to listen to this album - it's smooth, heartfelt and effortlessly executed.

There are some great moments in this musical - ballsy tirades, emotional familial pleas, and controlled, beautifully delivered tales of resignation and sadness. But the variety of genres, instrumental arrangements and contributors is simply too wide for one record - it feels cramped and incoherent. Just as soon as you've latched on to a particular sound or narrative, it disappears into something brand new - and this happens with every song. It's worth a listen for its high points - but it needs more unity.