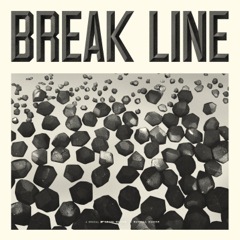 Worth a listen for its high points - but it needs more unity.»

Break Line The Musical is a new project from Anand Wilder Yeasayer co-founder, vocalist / multi-instrumentalist) that he created with Maxwell Kardon and a community of friends. The new album harkens back to rock concept albums of the early 70′s with this following the classic arc of lost love, betrayal, and pride. This record has been in the works since 2008 when Anand and Maxwell put together a band with Ira Wolf Tuton (Yeasayer) on bass and Christopher Powell (Man Man) on drums. Britt Myers (Charlift, Yeasayer, Passing Strange) then assisted with recording while they stayed up late experimenting with sounds and arrangements. Also included on the notable roster is Austin Fisher (Suckers), Haley Dekle (Dirty Projectors), James Richardson (MGMT), Chris Keating (Yeasayer), Ryan Kattner (Man Man), and Aku Orraca-Tetteh (Dragons of Zynth).
description from www.roughtrade.com