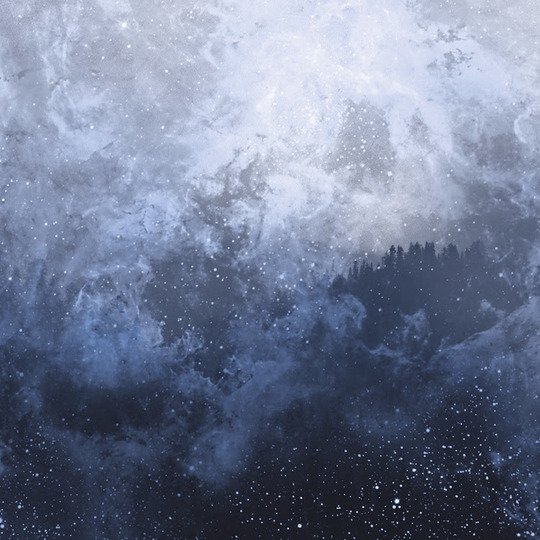 Wolves in the Throne Room' Celestite is their fifth full-length album and first to wholly eschew the atmospheric black metal of their past in favour of glistening electronic ambient soundscapes. This isn’t a complete surprise when one thinks back over the Weaver brothers’ back catalogue. As much as their sound has been largely shaped over the years by the ferocity of both the Scandinavian and burgeoning American black metal scenes, the project has always had a clear focus on the counterbalancing of heaviness and ambience. What Wolves in the Throne Room have perhaps lacked in unbound savagery they have often redeemed twofold in contrast between these two elements of their sound.

Celestite, then, feels rather robbed of one half of what made Wolves in the Throne Room so spectacular in the first place. Albums like Two Hunters and Celestial Lineage exploited the potential of what has become known as 'post-black metal' far more adeptly than most contemporaries (yes, that even includes Deafheaven). Positioned somewhat as a partner album to the latter of those two records, Celestite stubbornly resists any temptation to work in even vaguely similar territories. Celestial Lineage was darkly organic in structure and atmosphere but Celestite resides in warmer climes throughout most of its duration.

Whilst ‘Initiation at Neudeg Alm’ and ‘Bridge of Leaves’ briefly threaten to take the record in a gloomier direction, it's the soft sound of opener ‘Turning Ever Towards the Sun’ that dominates the album. The influence of Tangerine Dream is everywhere, with bubbling synths oozing from every corner. The tones are decidedly analogue for the most part, with only Sunn O))) referencing submerged jolts of guitar available to remind listeners of the brittle texture of earlier albums.

It’s ‘Celestite Mirror’, the 15-minute penultimate track on the album, that perhaps best summarises what Celestite has to offer. Its filmic, grandiose textures recall Eno and Glass in equal measure and, to be fair to the Weavers, what they lack in originality here they make up for in commitment. A huge amount of work has clearly gone into making this track alone a detailed, in-depth work of artistic expression from the pair. When it would have been easy for them to just turn in a half-baked set of Seventies electronica tributes, Wolves in the Throne Room have just about managed to give these five tracks enough of their own character, mainly through sheer attention to detail.

There’s also the fact that, despite the lack of black metal on this release, Celestite still manages to feel like Wolves in the Throne Room. Maybe it’s by virtue of being such an unrepentant, uncompromising relocation of the band’s sound or maybe it’s just the fact that this record undeniably continues the group’s attempts to musically represent the landscape which provides their spiritual and physical home, but whatever the reason,Celestite makes sense. By completely altering their focus, Wolves in the Throne Room have both carried on the strong tradition of black metal reinvention and proved themselves as composers with a distinct, if not world-changing, voice.