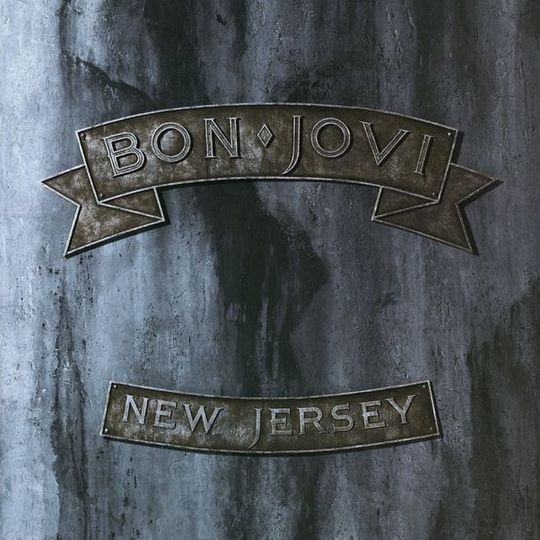 Slippery When Wet was the definitive 'pop metal' album and a truly iconic cultural signifier of the Eighties. It sold about twenty billion copies and remains, should you wish to blow the dust off your vinyl, a consistently brilliant, joyous, absolutely awful record. What Bon Jovi chanced upon with that record back in ‘86 was something so purely fun and anthemic that it crossed the boundaries of rock and chart music, seemingly critic-proof, taking on a life of its own and propelling the Jove into stadia across the world. Poodle perms and spandex were somehow no longer a joke, and no more the reserve of the coiffed hair metal cognoscenti in LA – but instead very, very big business and a legitimate worldwide phenomenon.

Late in ’87, New Jersey was conceived as a bold double album follow-up with the 'cheeky' working title of Sons of Beaches. It would show Jon Bon Jovi and cohort Richie Sambora’s newfound maturity as songwriters while, of course, boasting enough glossy hits to replicate the success of its predecessor. Their label, Mercury, vetoed the double record plan and also placed them under an incredible amount of pressure to come up with a record that would actually trump Slippery…. In terms of hits, it did just that – sprouting five top ten singles in the US, more than any other rock band has achieved from a single album.

Yet New Jersey is not the album Slippery… was, not in a million crates of hairspray. There are huge, industrial-sized hooks all over the co-writes with hit-single-machine Desmond Child (responsible for Alice Cooper’s ‘Poison’ and Aerosmith’s ‘Crazy’ as well as, bizarrely, Weezer’s ‘Trainwrecks’ among dozens of other genre standards); ‘Bad Medicine’ though, is a contrived effort, running the musical bases, never really hitting a home run, offering up hilarity like “Shake it up just like bad medicine” (huh?) and appropriating Springsteenisms at the, admittedly usual, Bon Jovi level.

'Born to be my Baby’ observes that Jonny and his mate “both got jobs ‘cos there’s bills to pay”, which is a lyric that performs well in the logic stakes, but while the pre-chorus attempts to tug the heartstrings, these songs are Michael Bay to Slippery…'s Shane Black – there’s a clear difference between soulless commercialism and glossy, populist fun.

The Child-less ‘Living in Sin’ is an actual song about being persecuted for living together without marrying. This was the Eighties after all. To hear “I don’t need no preacher to tell me you’re mine” drawled over a badly recorded Argos my-first-acoustic guitar is a true lowlight in the history of recorded music. “Daddy don’t approve” notes Bonj. Nor would anyone else, mate. Despite his writing credit here, it feels less like a song written by a person, more a commercial venture decided on by a particularly ruthless committee.

There’s plenty more generic, cliché-ridden gear here – everything is either “alright” or “ok”, no-one’s parents ever seem to approve of anything, every chorus needs a gang-chant behind it. You know the score. And the signifiers of maturity? Throwing in a couple of gospel backing singers on the mightily overblown opener ‘Lay Your Hands On Me’ and a tricksily played flamenco guitar on ‘Wild Is the Wind’. Of course, nobody wants maturity from the ‘Vi, so it’s wonderful to get a good laugh out of Jonbon referring to himself as “too tough” on ‘Wild…’ or as a “Mayan” (bit of information you may have been ignorant of there) on whammy-bar riddled Aerosmith aper ‘Homebound Train’, a song that’s admittedly mindless album filler but does have the benefit of also being really long.

JBJ’s obsession with, er, being a cowboy that peaked on both ‘Wanted Dead Or Alive’ and his 1990 solo effort, the fuck-me-fantastic ‘Blaze Of Glory’ is represented here by ‘Ride Cowboy Ride’ (they do the thing where it sounds like an old crackling record – love it) but there really are some decent moments;

Closer ‘I’ll Be There For You’ for instance, which shamelessly borrows the front end of the melody from ‘Don’t Let Me Down’, is among the band’s best songs - a sky-cracking JON SO DEDICATED TO LADY blues that boasts “Words can’t say what love can do” which is, fuck you, a great lyric. OK it also offers “Woman you know my hands are dirty” but hey, maybe they were.

Also a standout is the speedy, clattering, charmer ‘Blood on Blood’. Of course as is standard for the whole record, Bruce Fairbairn’s production smoothes out any potential edges, yet he can’t deal with a dumb-as-they-come David Bryan keyboard part and a highly entertaining lyric from the school of Bruce’s wastepaper basket – “Bobby was our hero / Cos he had fake ID / When I was busted stealing cigarettes / Bobby took the rap for me”. What a dude. Less enamouring is what Jo has to say about him and his mates and what some “white trash girl” did with them, making them men and such. Gross.

’99 in the Shade’ is also a lark, in the vein of early Eighties post-make-up KISS and all the better for it. The Jersey Jesus describes “senoritas” in the sun “greasing it up with their stereos on”, coming across like a wank-crazy teenage boy. A poor cousin to ‘Wild In The Streets’, at least it’s silly, at least it’s bouncy-castle stupid fun.

The album proper closes out with the remarkable ‘Love Is War’. You are allowed, as a metal band, to pretend to be bluesmen – it’s just a thing they do. Bon Jovi should never have been allowed to do this. “I’m hoping she looks like a Penthouse Pet” slobbers the Bargain Basement Boss before pretending to be too drunk to continue the recording, slurring like Travolta on Tramadol. You’ll look at the ground. You may never look up again just in case at some point in your life you make eye contact with the permed prince.

This being a deluxe reissue there are two documentaries included (not provided for review) and a clutch of wildly unnecessary extras.

‘Love For Sale’ is a tenth generation facsimile of ‘You Give Love a Bad Name’, its similarities, in fact jaw-dropping; a meandering acoustic take on ‘Born To Be My Baby’ fails solidly as a rock ballad, rare for these fellas; there’s a what you’d expect so why bother cover of ‘The Boys Are Back In Town’ and then there’s ‘Growin’ Up the Hard Way’ and ‘Judgement Day’ which are, essentially, the same “Na-na-na-na” filled song.

There’s some promise in the title of ‘Full Moon High’ but suddenly someone’s “Mamma don’t approve” and it’s clear we’re not hearing a swiftly abandoned diversion into Teen Wolf-themed horror-rock. Similarly disappointing is ‘Let’s Make It Baby’, so easily misread as ‘Let’s Make A Baby’, which might have been amusing, and the same goes for ‘Backdoor to Heaven’ which turns out to be another retread of ‘Born to Be…’ rather then, well, ya know. The disc finishes with a genuine highlight, the moody, minimal ‘Diamond Ring’ which shows an avenue rarely travelled by the non-New Yorkers – that of subtlety, atmospherics and the low key. Of course they fuck that when Jonny B-J suggests that the listener (a lady, mayhap?) drink from his “loving cup”. Must have missed a meeting there.

Bon Jovi’s ascent continued regardless and they remain a stadium band; it even turns out that Mr Bon Jovi is a decent fella, opening a pay-what-you-can restaurant for the underprivileged; they wrote a cockload more belting tunes like ‘Always’, ‘Bed of Roses’ and ‘I’ll Sleep When I’m Dead’ and have generally been accepted as part of the Classic Rock wallpaper. They’ve never come close to the brainless, lusting glory of Slippery When Wet – hardly anyone has in truth – but New Jersey is a lesson writ large for many a band – sometimes a 'grown up’ record doesn’t mean a better one, and, conversely and awkwardly, an attempt to recapture past glories can often land you mired deep in self parody.