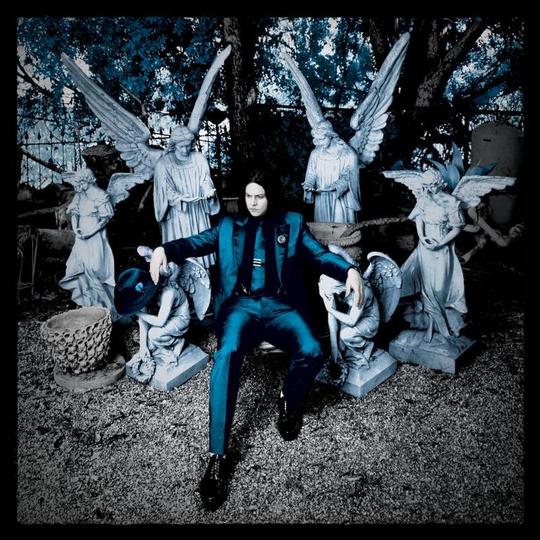 On the one hand this is definitely, definitively, and undeniably a Jack White record, with everything that implies: the blues licks, the country twists, the balance of stompy, stroppy riffs and gorgeous, hooky melodies, the guitar solos like an angry spider skittering across the scales, the lyrics that baffle and delight equally. All the stuff you like, all the bits that make Jack White, well, Jack White. But that’s not all there is.

Lazaretto, White’s second solo record although the twelfth (twelfth!) he has fronted across his various projects, breaks a few cardinal Whiteian rules. For starters it took a year and a half to make. Coming from a man who wrote and recorded White Stripes albums - from scratch - in under a week, that makes this the Chinese Democracy of Jack White productions. The extra care and attention shows too- this feels like a deeper record than its predecessor, 2012’s well-received Blunderbuss, not as pretty but certainly sharper and more elegantly formed, something that’s reflected in the respective titles: a 'lazaretto' is a quarantine station where sailors would stay isolated to either recover or die from their contagious ordeals. A 'blunderbuss' is a massive gun you can’t really aim properly. From scattershot emotional fall-out, to walled-up, long-gestating recovery. It’s as good as analogy as you’ll find for the relationship and the development of the only two records White has labelled as entirely his own.

There’s also been a character shift. White, despite the blood thirsty, sometimes desperate tone of his vocals, has always been a quaintly, sometimes weirdly old-fashioned character on his records, part southern gentleman, part Mid West blue-collar barfly, the guy who wants “to be the boy who warms your mother's heart” on the White Stripes’ ‘I Want To Be The Boy’, who ‘Fell In Love With A Girl’ and worried when he was ‘Finding It Hard To Be A Gentleman’. Blunderbuss was made in the midst of divorce, yet his ex-wife turns up singing backing on its most lovelorn ballad; he sings Dolly Parton’s ‘Jolene’ like he means everywhere word. Lazaretto sees a new White emerge.

Proceedings kick off with an updating of Blind Willie McTell’s ‘Three Women Blues’, (thankfully cleaned up from the slightly iffy tone of the 1920s original) where Gentleman Jack brags that his trio of ladies ”must be getting something, cos they come and see me every night.” Later, on the rather brilliant ‘Would You Fight For My Love’ it’s fairly clear that White is blaming his troubles on anyone but himself, on the folksy waltz of ‘Entitled’ he complains that ”in a time when everyone feels entitled, why can’t I feel entitled too?”. This isn’t really an appealing Jack White, it’s a bratty, faintly mardy and yes, entitled one. That’s quite a departure, but when you use that as a jumping off point, Lazaretto makes a hell of a lot of sense. If you’re bratty and entitled, of course you’ll damn well take your time to make your record - you’ll damn well rewrite blues classics, and you’ll damn well complain about who you please.

Musically the part-time Raconteur rarely puts a foot wrong, throwing his musical education into the blender in its entirety, from the title track’s twitchy funk, through ‘Temporary Grounds’ sumptuous none-more-Nashville country; ‘The Black Bat Licorice’ even sticks reggae one-drops amid its chunky, schizophrenic organ riffs, while ‘High Ball Stepper’ is textbook White Stripes filthy blues rock, it’s an instrumental but White’s guitar playing is so completely distinctive his voice is smeared all over it. By the time the closing, piano driven, almost nursery-rhyme like ‘Want and Able’ comes to a close White’s bulletproof, bratty self-confident persona is hard to argue with - he delivers with every note.