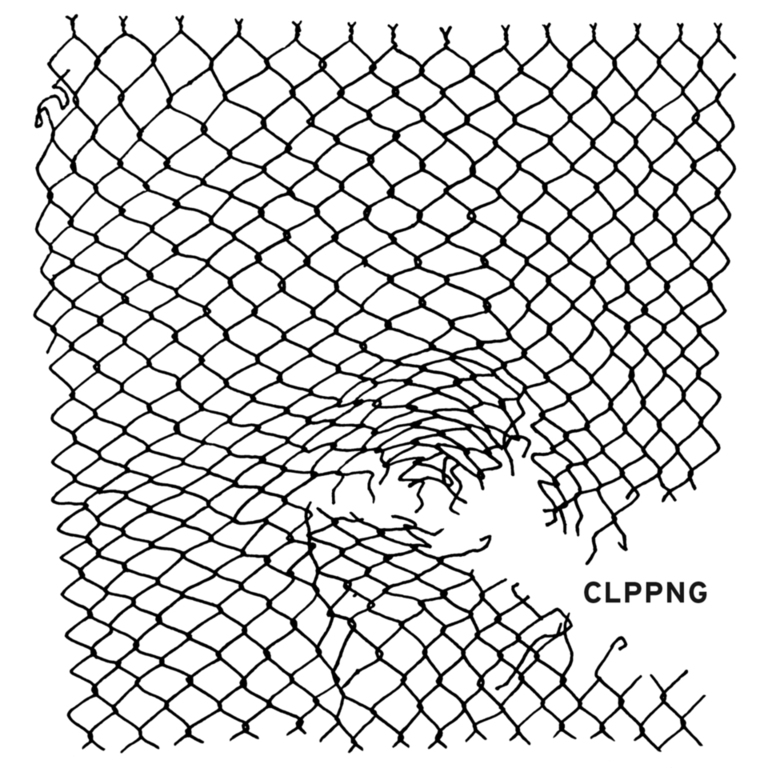 All told, this is probably as good a time as any for clipping. to exist.»

'Clppng', the band's Sub Pop debut, was written and recorded between February and October of 2013. Although clipping.'s working methods were pretty much the same as they were for 'Midcity' (only passing off the mixing and mastering to outside professionals) 'Clppng' is a much more ambitious project. The album features guest verses from some of the band's strongest influences, including Gangsta Boo (formerly of Three 6 Mafia, and currently of Da Mafia 6ix), Guce (longtime Bay Area mainstay, member of Bullys Wit Fullys), King T (all-around West Coast gangster rap legend, founder of the Likwit Crew, and mentor to Xzibit and Tha Alkaholiks). For the first single from the album, 'Work Work', clipping. joined up with Cocc Pistol Cree, a newcomer from Compton best known for her appearance on DJ Mustard's mixtape Ketchup, and her song 'Lady Killa.' In addition to the featured guests, 'Clppng' boasts a more varied sonic palette than its predecessor. The new album attempts to stretch the band's experimental sounds to fit a wider emotional range - 'Midcity' had anger and aggression figured out, but how can clipping.'s harsh electronics fit into a club track, or a slow jam, or a song to strip to? Relying heavily on musique-concrete techniques, the trio built many of the tracks out of field recordings and acoustic sounds. The beat for 'Tonight (featuring Gangsta Boo)' evokes a nasty, late night encounter with its fleshy slaps and squishy, biological noises, while 'Dream' utilizes natural ambiences to create a bleary, hypnagogic mis-en-scène. But the band hasn't gone soft, not by a long shot. The album's intro is likely the most uncompromisingly brutal piece of music they've yet recorded, and 'Or Die (featuring Guce)' is as mean as anything on Midcity. 'Clppng' is an album that demonstrates the variety of sounds available when the 'rules' of a genre are willfully questioned.
description from www.roughtrade.com