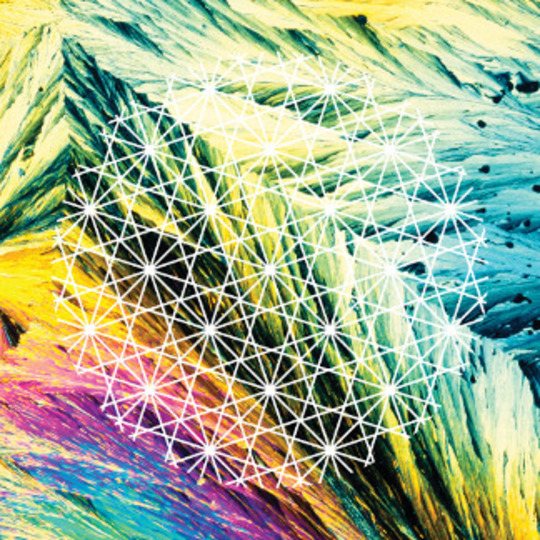 'It came from a dream of mine. A weird guy I’d never seen before says to me: "Your album title will be Ostro!’” recalls Nicola Giunta, one half of Sicilian shamanic psych duo, Lay Llamas. A few days after the dream, the lead vocalist realised that he had heard the word from fisherman in the ancient Greek city of Selinunte, his hometown. It turns out the album takes its name from a travelling wind that blows across the Mediterranean sea, from Africa, north towards Sicily.

Those subtle Saharan breezes permeate throughout Lay Llamas’ debut, which synthesises primordial and contemporary sounds to unsettling, and wonderfully hypnotic effect. It's a vibe that can probably be attributed to the fact the band recorded their album in an old house deep in the Segesta countryside of Sicily, alongside the Temple of Hera, a peripteral structure that dates back to the sixth century BC.

The pair combine the use of keyboards, drum machines and vocoders with - amongst a mass of other instruments - an Indian flute, a sitar and Tibetan bells, though the result never feels crowded. But that’s not to say that Ostro lacks intensity; quite the opposite. Lay Llamas’ debut seems to very much fit their own description, as 'Suicide and Oneida dancing together around a big campfire.'

That being said, Ostro is about as accessible as it sounds, ie not very. The album opener, ‘Ancient People of the Stars’, is a six-minute-long instrumental that begins with discordant clanks of an unholy wind chime and develops into a beating, tribal incantation. It really does evoke a bustling, humming ceremony beneath the open night sky. ‘We Are You’ continues the flow with a restless, repetitive bassline, while its early harmonies are a dead ringer for TV On the Radio. Meanwhile, tension mounts until the track’s sinister refrain: "We are you", recalling the famous “one of us” scene from the 1932 film Freaks.

‘The Lay Llamas’ is a bit of an anomaly in style compared to the rest of the album: it’s relatively short, and the atmosphere is claustrophobic, with a drum machine smashing away at a furious pace. ‘Desert of Lost Souls’ is a return to familiar, spacious grooves, arranging krautrock’s kosmische style with airy exoticism. ‘Overmind’ is a beautiful, undulating interlude; a sacred to the rest of the album’s profane. ‘Something Wrong’ feels like it's floating free of gravity with its shimmering synth. At the song’s midpoint, and Ostro’s most memorable juncture, the track bursts into rhythmic, soulful vocal à la LCD soundsystem. ‘Voices Call’ sees the album out at a swaying, soporific pace, and proves a hugely satisfying denouement.

Ostro is a thickly layered record of interesting and diverse influences. Much like their Rocket Recordings labelmates Goat, Lay Llamas summon the paganistic and the primitive, yet these afrofunk-psychonauts also bring a pleasing amount of nuance to the table. The main issue is that Ostro is not particularly accessible: it takes a good few listens to wear away the layers of dread, while - the short interlude aside - the average track time is over six minutes. Nonetheless, Gioele Valenti and Nicola Giunta have created an album that is not a gale, or a draught; it is an engaging, sonic zephyr.