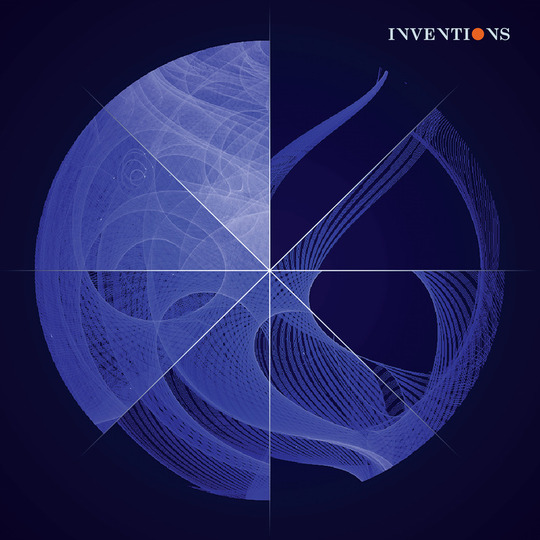 Whether it's endless Texan skies or icy ravines, post-rock always has those hues of white and blue. Ambient and drone music, meanwhile, has the red and greens of sun-blotched vision. Combine the two colour palettes and you have something that could get messy, damn fast.

Thankfully, Mark T. Smith from Explosions in the Sky and Matthew Cooper of Eluvium have come together as Inventions to construct something that leans on the ingredients of their day-jobs but is simultaneously exactly what a combination of both acts should sound like and somehow greater than the sum. It's as uplifting and unfurling as EITS's big sky post-rock and takes you through that gasp-exhale process of relaxation that comes from Eluvium's vortex of textures. It's warm but it's chilled. It's flying and falling and floating and undulating and drifting and rushing. It's your mind staring at a far off deer through the blur of trees from a train window, losing yourself in a vivid daydream of swimming in an ocean, on Neptune…. Like Eno & Byrne's My Life in the Bush of Ghosts, in the way in which it lulls you in, suspends you, eases your mind into a meditative sanctuary and when a sense of security rushes over you, you half-expect a surprise or big obvious rush, but the songs come to fruition and it feels like a hug or a cool sea-breeze on a humid evening in a one horse town… Like the mist you see from a plane window, but with that clearly visible endless horizon; it's updrafts, still-water, and silent solar winds. It's humblingly epic lagoons. It's that church Ben Frost and Tim Hecker made Ravedeath in spiralling into the depths of some M.C. Escher-scape. It's chiming guitars that echo until the lights come on.

Actually, scrap all that ornamental twaddle: it is two friends communicating through a wordless medium with the sort of rhythms that would leave you feeling slightly envious if you saw them catching up in the corner of a speakeasy. Or it's a venn diagram drawn with a spirograph… but a mash-up - spit! - it isn't.

Whereas with the Postal Service it was easy to see where the dividing line of Gibbard's shimmering Phil Collins-gone-emo ended and crossed into DNTEL's realm of ethereal blog-party electronica, it's almost impossible to hear which masterchef is responsible for the throb (imagine: Fuck Buttons falling off a waterfall, in a barrel, with two prize cocks fighting inside) of 'Sun Locations / Sun Coda' or the fluttering in and out of consciousness beats on 'Peaceable Child', but it doesn't take an expert to realise that these friends coming together have struck upon an undeniably delicious recipe.

For all the strangely familiar loops and cascading lushness, it's hard to pin Inventions within any known pigeonhole. Sure, a lot of neo-classical soundtracks and ephemeral art-installation 'rock' swims along a similar synapse in the catalogue system in our tag-filtered minds, but free your inner genre-spotter and sink into the record, and by the time 'Psychic Automation' (which is both the album's climax and pinnacle) spits you out, you'll have ventured through a world of Ghibli that's transitioned into a Turner painting before you've really registered that this is/was mere 'music' in your ears.