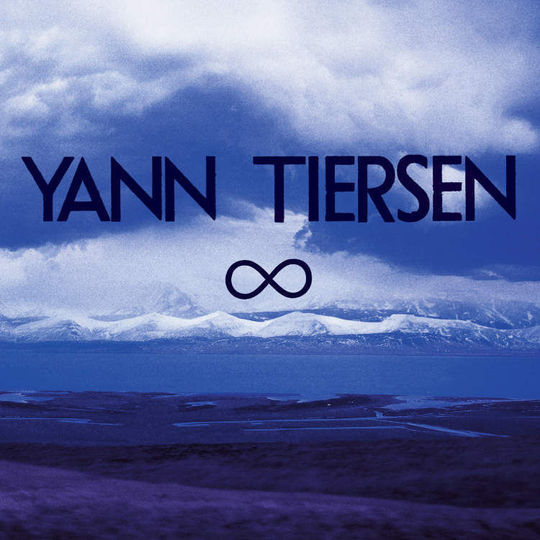 Anyone who’s seen Amelie will know how beguiling Yann Tiersen’s music can be. But, while that may still be the soundtrack he’s best known for, it’s time to stop tarring him with that brosse. From La Valse des monstres through to Dust Lane, here is an artist who is as experimental as he is revered, and who has created a miniature masterpiece in his most recent album ∞ (Infinity).

On first listen the whole thing feels bitty and sporadic, the rhythms jar and the moments of discord grate on the senses. But it is in the challenge of the record that its intrigue lies. It feels like each track is a struggle, a transformation. Tiersen strips everything back to a single sound: birdsong, water, a bell. And then he builds from the soil up, seeking out new sounds, exploring a rain-swept labyrinth of tonal possibilities. Rhythms fall into place, snatches of melody break through the clouds like lightning. The music is harsh and ragged with a chill running to its core, but overlaid with something brighter, more optimistic. Tiersen has clearly borrowed a lot from the landscapes in which he wrote the album: the bitter cold of Iceland, the wilderness of Ushant Island, Brittany. And it is not only the scenery that seeps through; Tiersen makes a feature of using lyrics in Breton, Faroese, and Icelandic.

Suffice to say the familiar warmth is gone. A lot of his previous records have smelt of the city, of rollups and a glass of beer on a warm night. In contrast, ∞ (Infinity) feels alien and uncomfortable. The whole album echoes and clatters, is washed in with the tide and the dragged back out to sea. Every track has something distinct to capture the imagination, but it is the vocal range that is particularly interesting. Each is warm in its own way, harmonious, pulling all the separate strands of sound into a unified whole. It is the singing, or at times talking, that makes sense of the disparity of Tiersen’s experimental style.

And not least a sudden Scottish male voice, breaking into the final track and walking us through the streets of London. The poetry snakes through the darkness, taking in snatches of sights in the night. Inviting us to look around, and look back across the album. And as we do, it is with a sense of half-won peace. It closes in on itself in a wave of calm, promising new and fleeting treasures when it is opened once again.