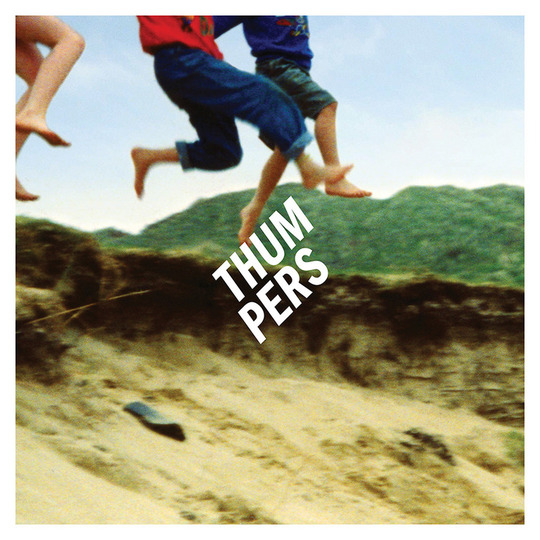 If Thumpers put on a party you just know there’d be a piñata.

Since emerging from the ashes of Pull Tiger Tail, Marcus Pepperell and John Hamson, Jr. have churned out sherbert-coated joy like a pair of alt-pop Willy Wonkas. Combining the pomp and ceremony of Talking Heads with Everything Everything’s rhythmic prowess, their early EPs were as jubilant as they were inventive. In a world where the Radio 1 playlist isn’t run by a gaggle of fuckwits, ‘Sound Of Screams’ and ‘Unkinder (A Tougher Love)’ would only now have begun to tumble out of the Top 40; such is their infinite brilliance.

Rather than roll out a further 10 cavalcades of blaring synth and breathless guitar licks on Galore, Thumpers’ debut album is more considered than you’d expect. 'There’s a deeper side to us. We’re not a singles band' they recently protested, and the earnest sods weren’t lying. Opening on the piano-lead rumble of ‘Marvel’ before seguing into the similarly mid-paced ‘Dancing’s Done’, the record waltzes out of the starting gates when you expect it to explode in a whirlwind of confetti.

Given this is Thumpers we're talking about, they never go full on King Of Limbs on us. That said, Galore can be easily divided into future indie disco classics and other less immediate amblings. Leading the charge for the more reflective offerings is 'Now We Are Sixteen', an elegantly restrained ode to first lust featuring him and her of Summer Camp. Electronics tremble and bass wobbles, and so does does our heartbeat as Elizabeth Sankey swoons in simpering falsetto. The same can’t be said for ‘Running Rope’ and ‘Together Now’, which reach for the same blissful restraint but end up dragging the album out on a whimper.

So Galore is erratic, but when it hits its stride, you’re in for an absolute treat. ‘Tame’ is a percussive kaleidoscope of tribal chants and crunching snare, ‘The Wilder Wise’ drops the phrase “celestial California skies” like it ain’t no thing, and ‘Galore’ is utterly wonderful. Kicking off on its chorus and surging forwards in thrilling fits of euphoria, it’s the kind of song you can imagine Thumpers wanting to emulate in the future. A bona fide toe-tapper that’s faintly wistful too - something that shows there’s depth beyond the danceability.

Galore is an odd proposition for a debut album. It feels more transitional than a definitive statement of who Thumpers are, and that’s a hugely exciting thing. Strip away their kitchen sink tendencies and this duo are still worth getting giddy about.

In the meantime, grab your headphones - it’s time to crack open a musical sugar rush.

Related: DiS premiere's a stream of this album.