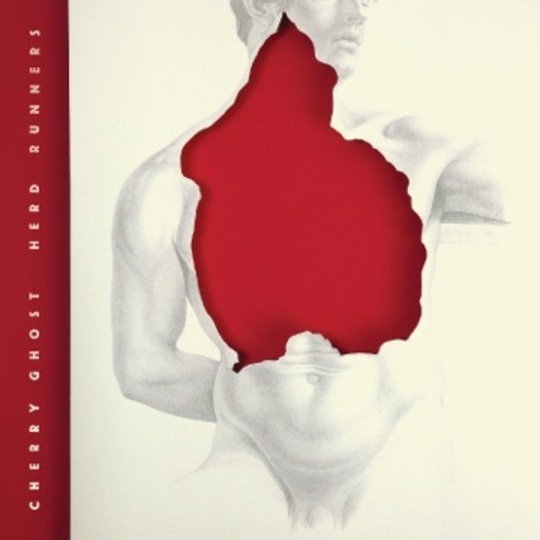 Before we start, a couple of facts about Cherry Ghost and their frontman Simon Aldred. Not only did he inadvertently help to usher in the ‘New Boring’ era when Birdy covered the Ivor Novello winning ‘People Help The People’, he’s gone on to become a songwriter-for-hire for for the likes of Sam Smith (track four on Smith’s soon to be released debut, if you were curious). You might not think that these facts would have any particular bearing on the content of Herd Runners - but they might help to explain why Herd Runners opener ‘Clear Skies Ever Closer’ has the air of a Take That song.

Yes, Aldred and his compatriots have well and truly embraced the pop, but unfortunately it may not have done them any favours. There have always been orchestral elements to Cherry Ghost’s music, but here they seem more prominent - and thus, it’s easier to feel like they’re just there to add pre-packaged emotion to the mix. The aforementioned ‘Clear Skies...’ swells hopefully in all the right places as Aldred croons away, starry-eyed, but the whole thing just feels saccharine rather than triumphant. ‘Don’t Leave Me Here Alone’ aims for Elbow-like stateliness but only gets halfway there. Even the the country and western pedal steel on the likes of ‘Fragile Reign’ and ‘Herd Runners’ only makes them feel like the New Boring equivalent of a visit to the last chance saloon.

To be fair, If you can focus for long enough to get past the veneer of beige, Aldred does at least demonstrate that he still has a way with words. “Pull the other one, it’s got bells on it,” he sings with world-weary sarcasm on ‘Fragile Reign’, while ‘Sacramento’ paints a detailed picture of a city full of troubled characters. He’s not above an awkwardly crowbarred in rhyme though, as evidenced on ‘Drinking For Two’, where he sings what sounds like “And there you were/with love to spur” - I’m not sure if that’s the intended lyric or a very forced pronunciation of “spare.” Despite any lyrical awkwardness, however, it’s still one of the record’s most genuinely heartfelt moments, and there are other occasions when the band get the balance right. ‘The World Could Turn’ manages to stay on just the right side of tasteful, and ‘Joanne’ closes out the record in a refreshingly understated manner.

Here’s another fact about Simon Aldred, again, straight from the press release - last year, he put out a record of sleek, Eighties-inspired electronic pop called Invasion Of Love under the moniker Out Cold. Even a cursory listen indicates that those songs are more interesting than anything on Herd Runners - but despite that project’s critical acclaim (no inverted commas needed), one suspects that Cherry Ghost is where Aldred’s music is most likely to get radio play. Indeed, that’s what Herd Runners feels like it’s pitched for - it’s blandly pleasant music that’s difficult to get too worked up about either way. Hearing one of these songs by chance would be perfectly inoffensive, but listening to an entire album of them just feels like a chore.