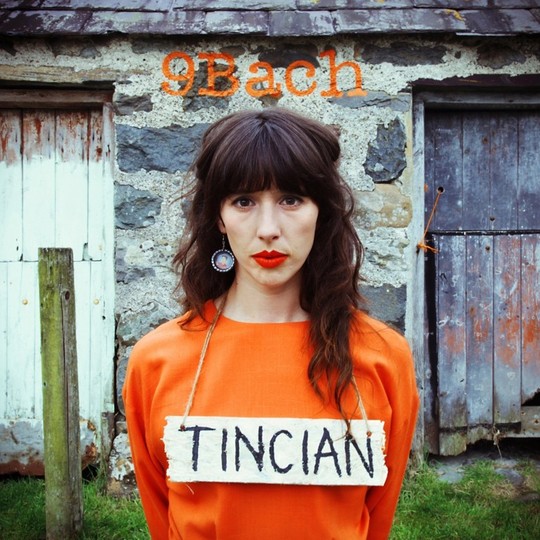 A love for ambiguity is built into 9Bach’s name. Spoken aloud, ‘9’ is identical to the Welsh word for grandmother ‘nain’. And the word ‘nain’ is a slippery, ambiguous word in itself; used as a term of endearment for anyone who shows you kindness, not just your grandmother. The album’s title is equally changeable. Broadly speaking, ‘tincian’ means a clear, tinkling sound, but it evokes different things in different contexts, as so many words in the Welsh language manage in ways that few English words do.

Tincian is an album of blurred lines between competing themes: home and travel; birth and loss; personal experience and fantasy. These songs trade on gentle ambiguity, using Celtic folk traditions to create softly coiled tension, never fully committing to one colour nor another, all drifting around the central thematic focus of motherhood.

For songs fixated on birth and loss, the cyclical structures are fitting, introducing subtle elements of growth across their running times. Album highlight ‘Plentyn’ is the best example of this approach. Beginning from a metronomic stab of breathy vocal sample – which doesn’t leave the mix for the song’s duration – the band ease in at the margins, filling out Lisa Jen’s gorgeous, repeated snatch of melody from below.

At their best, these songs feel like they could breathe completely differently with every performance they’re given. With Jen’s crystal voice anchoring the swirling breezes of instrumentation, garnishes of harp and picked out piano runs shudder through the textures with the loose feel of improvisation. The songs walk across tightropes of dark ambiguity, the flexible push and pull of their tones adding great weight.

There are moments where 9Bach’s affection for cycles becomes more repetitive, spreading their ideas too thinly. The self-important ‘Ffarwell’, for instance, announces its weight with lavish male voice choir parts, and overplays its hand with emotional forcefulness. The hooks are actually some of the most haunting in the whole collection, but its black and white gravitas reveals what happens when 9Bach allow their songs to become too fixed, forced and indulgent.

Thankfully, they realign themselves with subtlety for the final songs, shifting between silence-laced piano chords, and outright a capella performance. It’s in this mode that 9Bach are at their most commanding – when space in the mix lets the tone shift and change, and the clarity of Jen’s melodic instinct is put front and centre. One or two missteps aside, this is exactly what 9Bach do with Tincian – creating an ambiguous mood piece from fragments of traditional Welsh music and contemporary tension.