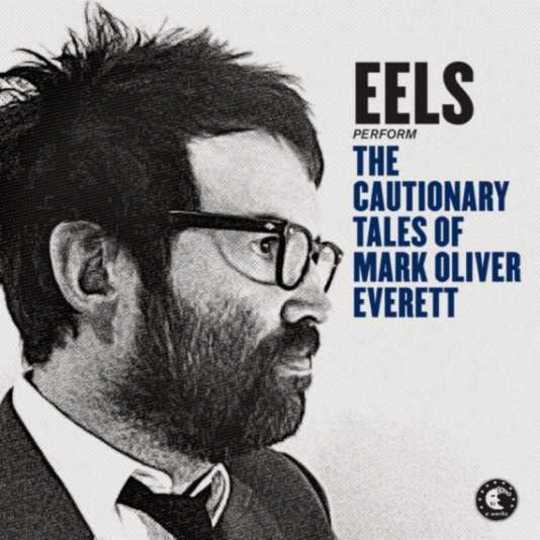 It's been barely a year since Eels released their last album Wonderful, Glorious, a more spontaneous, fun, and less directly confessional record than one might come to expect from Mark ‘E’ Everett and company. Fourteen months later, they have released their eleventh studio album, which was largely written before but recorded after Wonderful, Glorious. The album sees a return to the more personal side of Eels, and this is reflected in the album’s title - The Cautionary Tales of Mark Oliver Everett.

In many ways, this is Everett’s most brutally personal album to date. Anyone familiar with Everett’s personal history should be able to pick up on some of the album’s more autobiographical songs, which pack the greatest emotion punch. ‘Parallels’, an acoustic track which is not only the best song on the album, but deserves to be ranked as the best songs Eels have ever recorded, is a tender ode to his father’s many-worlds interpretation of quantum mechanics, imagining that there might be a universe where is he alive (“I know you’re out there somewhere, and I know that you are well”.) Similarly, it’s hard not to imagine the three ghosts that Everett sings about about on the surprisingly chipper ‘Where I’m From’ (which could also be seen as a semi-sequel to Souljacker’s ‘Friendly Ghost’), representing his three departed family members.

Other songs on the album seem to deal with the break-up of a relationship. On ‘Agatha Chang’, a pained E paints the picture of a seemingly perfect woman whom our protagonist had continually let down. This is picked up again on the seemingly more optimistic ‘Kindred Spirit’ ( “she’s got a real big heart, and I’ve got to win it back.”). The sinister, semi-spoken ‘Dead Reckoning’ seems to put an end to this optimism, as the E explains that he "thought we were the lonely type on an island of the lost, but it was only me, because you got off".

One could possibly read something into the fact that the album opens with the instrumental ‘Where I’m At’, and closes with a vocal version of the same song, entitled ‘Where I’m Going’. Whilst the album sees Everett offering meditations on his life and experiences and bearing his emotions for all to see, we see a person who feels like he is is never going to change. Although this should not be interpreted as a bad thing, as we learn that he “has a good feeling about where I’m going.”

If past Eels albums have been like rifling through the pages of Everett’s diary, then The Cautionary Tales of Mark Oliver Everett is like gazing directly into the heart of his soul. Eels may not tread any new ground musically (aside from being generally less noisy), but never before have we seen such raw emotion on show. It would be a shame if this album, like their last couple, doesn’t get listened to beyond Eels’ devoted fan base. There is something rather special in these cautionary tales, something that all of us can learn from.