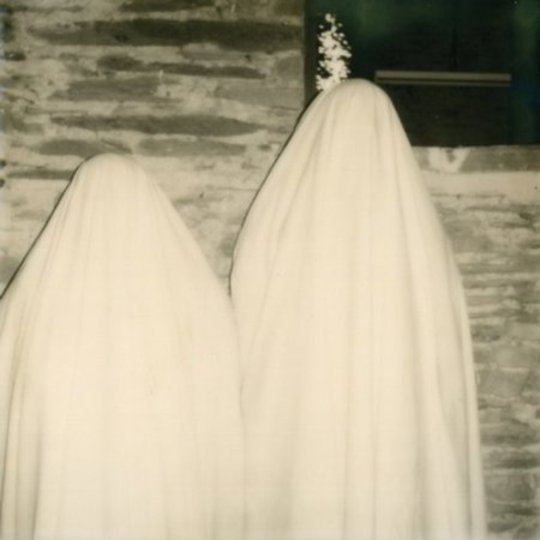 Guitar music is in an interesting position at the moment. Rather than being at the supposed dead end it was in a few years back, the continuing ascension of EDM has begun to open up spaces in which seasoned artists like St Vincent and Mac DeMarco are pulling serious moves, combining intricate and evocative guitar lines with astute storytelling as an antidote to the less story-driven machinations of dance.

Though operating in a vein less closely tied to character and narrative, Still Corners guitarist Leon J Dufficy aka Winter Drones - part of folk duo Hush Arbors - has also returned to business, joining the heavyweights with Heavy Eyes, an album that’s often as evocative as anything released this year.

From the very first track, you can tell the kind of album Heavy Eyes is going to be: ‘Eyes of Sunshine’ might not be the slowest or the most abstract song on the LP, but it’s a statement of intent – a sluggish lullaby that pans back and forth between distorted vocal lines and layers of fuzzy, beautiful guitar before fading into the twitching daylight electronics of Interlude 1. It’s the perfect introduction because Dufficy immediately brings his most exciting talent to bear - his uncanny knack for playing with atmospherics.

In fact, so far as lo-fi guitar music goes, Heavy Eyes is fairly predictable collection, but it’s this talent for building an atmosphere or underlying mood from scratch - which Dufficy’s work for Still Corners never truly revealed - that makes the album a real pleasure to listen to. Perhaps because, as a long-time sufferer of insomnia, Dufficy ploughed much of his sleeplessness into the album, it’s not as lucid an affair as many of the releases of his contemporaries, but Heavy Eyes is at its strongest when wrapped up in itself. Like Apparat’s Krieg un Frieden did last year, it tends to work in atmospherics, feelings and energy, rather than lyrics and melodies.

Lead single ‘Towns Alight’ is about the most assertive thing here, a cascade of quick-moving guitar work, whilst ‘Kidneys’, at the other end of the spectrum, swoons like the aural equivalent of a sunrise. The highlight of the album, though, is ‘Bong Dreams Prt2’ (whose first part is a beautifully sparse piece of sound off of Dufficy’s debut) for which stoner rock seemed the logical destination, but actually unfolds like slow rainfall across its seven minutes.

Besides ‘Ignore the Night’, whose more traditional song-writing feels like a markedly weak link, Heavy Eyes is an LP much less about the songs themselves and more about what they conjure. Though at times it subscribes all too predictably to a certain hazy shoegaze-indebted sound, what lies underneath that is a stirring collection of tracks. He might be travelling upstream in forgoing the storytelling, but Dufficy weaves deep and often complex moods into the foundation of his songs. It’s an ideal more often associated with electronic artists, but one that Heavy Eyes re-purposes with great skill.