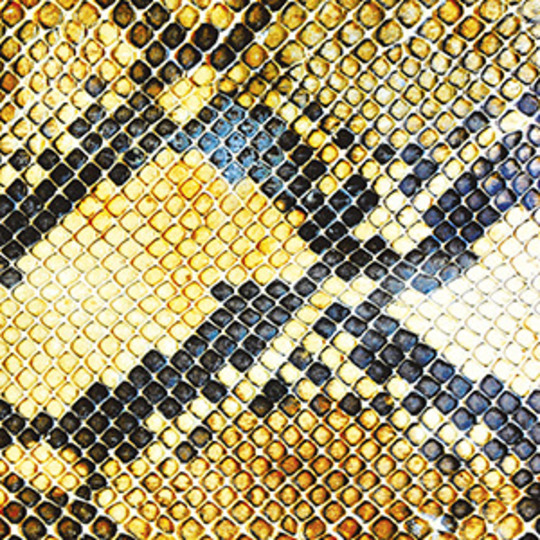 “She’s more beautiful than anyone woman I’ve met/ and she fucking knows it”, roars Amazing Snakeheads’ Dale Barclay on ‘I’m A Vampire’, and you can picture him immediately. You can picture his red face, his bulging eyes, a vein throbbing in his temple, you can hear the spittle flying from the corners of his mouth. The none-more-Glaswegian growl is completely terrifying, bracing, violent, uncompromising, aggressive and howlingly funny and that's just one line. It’s also Amphetamine Ballads in miniature. The quite, quite astonishing debut from the Scottish trio is all of those things and a couple more. It grooves, pounces, kills, spits, prowls, tears, gouges, slinks, seduces, and scares. In a weird way it even charms. This is, in every sense, the debut of the year - compelling from the bashed gong that introduces the urgent ‘I’m a Vampire’ to the slinking, deconstructed blues of ‘Tiger by the Tail’ that sees the album over the finishing line. Musically it’s an open wound of a record, an album slashed from red-raw skin, that draws blood and drips pus. It’s kind of revolting, but you can’t look away because there’s something fascinating and beautiful in the detail.

If this seems hyperbolic - and it should, because it damn well IS - then that’s because Amazing Snakeheads are the kind of band that inspires hyperbole. They make the sort of music that makes you want to smash your head through something, or run and run and run until you collapse shuddering to the ground, probably just around the point the album goes appropriately dark and slow. There’s a glorious melting pot of influences here: the Birthday Party certainly, in their pitch black, barmy intensity, but also Jon Spencer, Fugazi, Big Black, The Velvet Underground, Joy Division and PiL. It’s all rolling bass and steady rhythms fronted by a howling lunatic. It’s a cult waiting to happen - one that will probably end in messy mass suicide and gun battles. If it doesn’t, it could certainly soundtrack a film that does.

Want examples? Okay. Let’s go to Exhibit A, current single ‘Here It Comes Again’, anchored by a completely straightforward, urgent two note bassline, allowing Barclay’s guitar to sketch spiky stabs across the verses, then burst in with the riff across the chorus, pushing everything over the red line. The lyrics are the four words of the title repeated over and over again which, oddly, you don’t even notice on a first listen because they makes so much sense. It’s an exercise in economy, tension and release and it’s unstoppably brilliant. Exhibit B follows straight on. ‘Flatlining’ again hangs from a bone-solid bass part that does much of the work traditionally occupied by guitar on something this mid-tempo and riffy, meaning Barclay can play about 17 different guitar styles, from wah-heavy soloing to skeletal art-school harmonics and big grungy riffs, as if no-one ever told him that’s not how you’re meant to do things. There’s a honking sax part that adds further atmosphere. Unlike most rock guitarists, Barclay knows when not to play, and his absences are the trio’s secret weapon, giving them a tension and sense for dynamics rarely seen in punk bands. When you get to ‘Every Guy Wants To Be Her Baby’, with its blueprint jazz/blues atmosphere and spooky horn parts and Sixties garage-rock wig-out you could weep at how brilliant this is.

Perfection, of course, is dull. Amphetamine Ballads isn’t perfect - once we’re into the last third it’s already blown its load in terms of ideas, and the deranged energy can’t quite be sustained across the whole album. That’s good though. Debut albums shouldn’t be perfect, they should be a bit messy, they should leave room for improvement - which is what Amazing Snakeheads do. Whatever comes next can be a belter, or maybe fail gloriously, either way it will never be boring. In its imperfections Amphetamine Ballads occupies an especially human place. Saviours of rock n’roll? Nah. It doesn’t really need saving, and anyway this lot are far more about destruction. A modern classic? Just maybe.