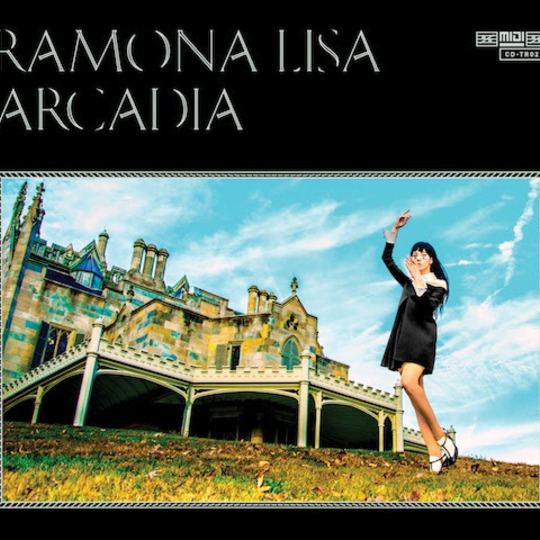 A lot of artists say that they can’t write or record on the road. But for Caroline Polachek, it wasn’t only possible, it was liberating. Recorded during stolen moments in hotel rooms and toilet cubicles on tour, Arcadia casts Polachek in a different hue to the stark crayon colours of Chairlift, her Ramona Lisa solo guise showing a more ambiguous tone and freeform spirit.

Arcadia contains her most oblique work to date. Piecing together whispers of melody with menacing chimes and incidental sounds, the opening title track makes quick work of subverting expectations. For the rest of the record, the songs are often fragmental; bedrocks of sound collage echoing Julia Holter in her bedroom recording phase, exploring snapshots of inspiration in literally-titled pieces like ‘Hissing Pipes At Dawn’.

It’s not totally unrecognisable as the woman from Chairlift, of course. The shimmering strings of hooks on songs like ‘Upwards and Backwards’ offer more than the ghost of her dayjob. The waltzing carousel of ‘Dominique’ resonates similarly. But what these songs also share is a degree of underdevelopment, with choruses just a snatch of repeated melody. Nowhere on Arcadia are there songs with the structural robustness of Chairlift’s best work.

Instead, the strength of Arcadia flows from the evident freedom Polachek felt in the creative process, not in the final execution of what we hear as the listener. Put most simply: for all their intrigue, these are not Polachek's most fully realised songs.

It’s telling that Polachek has released this LP under the faintly goofy name of Ramona Lisa, rather than her own. It's a moniker Polachek has used in recent years to anonymise solo performances, and it’s difficult not to think that she’s using it to slightly distance herself from her material here as well.

This project is evidently a labour of love for Polachek, allowing her to capture moods and ideas in the immediacy of the moment. But the result isn’t matured enough to be considered a definitive statement of artistry. That may still be to come. Until then, hopefully this creative liberation can be brought to bear on the new Chairlift album expected later this year – filtering this wider breadth of feeling through robust melodic structure, and vivid, crystalline sound.

The Afghan Whigs, Do to the Beast