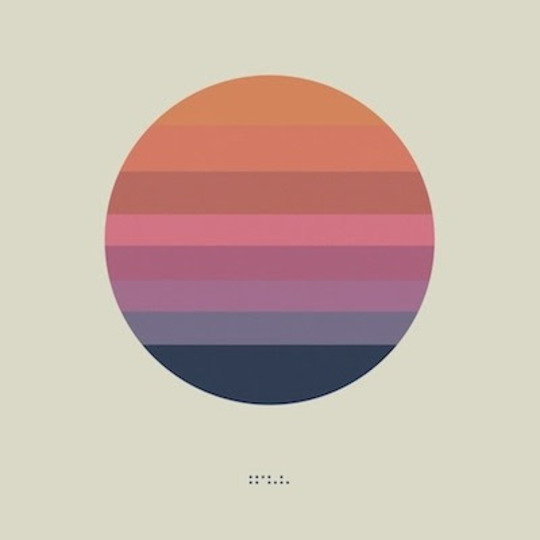 Tycho’s first LP for independent record label Ghostly International – 2011’s Dive – did exactly what was pictured on the tin. The visuals, the tracks, the title of the album – everything nodded to Scott Hansen’s very particular vision of things as both musician and graphic artist, and this made for one super cohesive piece of art. But in serving up the immersive, therapeutic electronica its cover’s washed-out sunset hinted at, Dive was also deceptively choreographed: you could feel the attention that Hansen had poured into the album and it weighed heavy, the songs often becoming too dense with the notion of what they were supposed to be to actually be.

Three years later and Awake sees a series of more divergent inputs finding their way into Tycho’s music, all accelerated by the addition of Zac Brown and Rory O’Connor as full-time members of the band. Rather than being populated by long moments of relaxation, the way old Tycho tracks used to sit back invitingly, Awake pokes and prods at your ears with a sudden change in pace or the introduction of a new motif. Case in point ‘Apogee’ sets out as a mediocre jam, but then urgency reins in O’Connor’s percussion as the pace slows to something more careful and more minimalist, using space as a textural building block. ‘Dye’ is soft but almost danceable - deep atmospherics and a pushy, lurching drum line working its simple melody up into pleasing agitation.

Whilst certain portions of Dive were built by Hansen over four years, Awake channels the immediacy and self-assurance you’d expect from the attentions of three experienced musicians and sound engineer Count Eldridge, though it’s also true that many of Tycho’s previous strengths remain unchanged here. Album opener ‘Awake’, for example, can be distilled down to a journey – even if it takes a far more pronounced, post-rock infused approach to soft-focused nostalgia than anything on Dive. And makes it abundantly clear, from the off, that Awake is no Bon Iver moment.

There’s no vast changes in scope here, no sudden fertility of sound springing up around Hansen. Awake has a preoccupation with linearity – something which was hinted at on Dive – that overwhelms almost everything else about it. This is an LP created from a series of journeys placed end to end, making up one larger trajectory. And in the same way that certain sections of the album (‘L’ and ‘See’ in particular) still look backwards to the old Tycho with glitchy, rose-tinted glasses and certain others (‘Montana’) look forward to a new, more brazen rock sound, so Awake feels like it’s constantly stuck between reminiscence and actual experience.