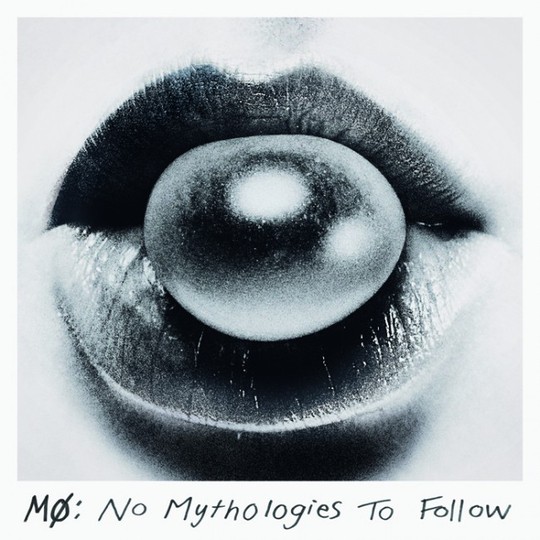 Scandinavia has long had a reputation as the home of ‘good pop’, so much so that every year there seems to be a fresh batch of bright young things ready to lay claim to the hearts and minds of the wider world. MØ (nee. Karen Marie Ørsted) is one such lady, and her debut album No Mythologies To Follow comes in the wake of the usual mix of blog buzz, eye-opening live performances and the odd big-name collaboration (with Diplo, in this case). But what, if anything, makes her stand out from the pack?

It’s not all cutting-edge R’n’B though. Allusions to dance music trends past and present are scattered throughout, from ‘Red in the Grey’s rave-y synths and two-step beats to the flighty chorus vocals of ‘Slow Love’. ‘Dust Is Gone’ sees MØ slowing things down and adopting a sombre, quivering tone, which together with the atmospheric production gives the whole thing an air of Lana Del Ray. ‘Never Wanna Know’ is all Sixties girl-group style dewy-eyed longing, pining after a past lover and refusing to acknowledge he’s moved on - throw a bit more reverb on it and it would fit pretty snugly on the first Cults record. ‘Don’t Wanna Dance’ is the flip side of that coin, channeling the love-struck side of that Sixties sound and fusing it with modern pop sensibilities - it’s basically the sound of what was going on in Robyn’s head prior to the events of ‘Dancing On My Own’.

But listen closer and you’ll begin to realise that MØ’s world is just as intriguing beneath the surface. ‘Fire Rides’ paints a conflicted image of a woman who’s as aloof and confident (“…bitch, you’ve got it wrong”) as she is insecure and fearful (“In too deep / I have become / my darkest dream / which I’m running from”). Emotional subtlety is demonstrated via the sultry desire of ‘Maiden’ and the mournful reminiscence of ‘Dust Is Gone’, while further dichotomies appear in the lyrics to ‘XXX 88’ (Boy life is cynical, despite my heart of gold”) and ‘Pilgrim’ (“Oh what a world I was born into / warriors are lying down”). Album closer ‘Glass’ sees this yin/yang approach seep into the music itself, with its sunny synths and sparkling guitars at odds with the existential (and slightly ungrammatical) question posed in the chorus - “Oh, why do everyone have to grow old?”

No Mythologies to Follow is perhaps better taken as a really strong collection of singles (or potential singles) than a complete body of work, but that’s its only real weakness. The songs that MØ presents here are varied but universally infectious - the work of a woman with her sights firmly set on a place in the upper echelons of Scandi-pop history. “All my life I’ve stepped to the rhythm of the drums inside my head,” she sings on ‘Walk This Way’ - and on this evidence, one can’t help but hope that there’s much more to come from inside the mind of Karen Marie Ørsted.