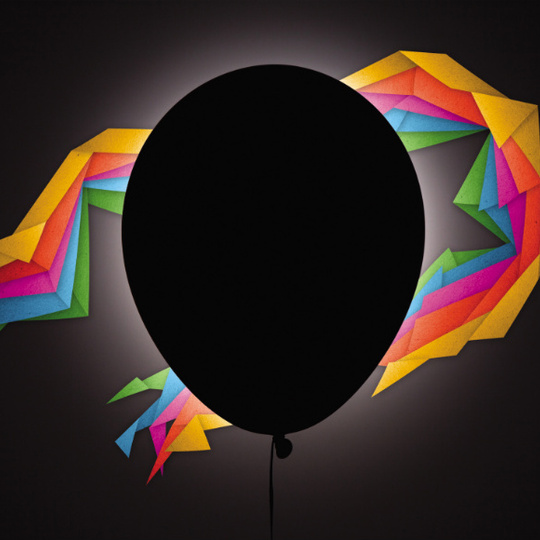 Milagres vocalist Kyle Wilson works as a waiter in a Michelin-starred restaurant, where he once waited on Lou Reed’s birthday party; 'David Bowie, Laurie Anderson, Julian Schnabel and Salman Rushdie were all at the table. I was a little bummed that I wasn’t meeting these people in another context.'

Perhaps this is what inspired a more ambitious effort from Milagres second time around. Where debut album Glowing Mouth spoke of human frailty as a result of Wilson being bedridden for months following a climbing accident, Violent Light is optimistic. It casts off the dark shadow of its predecessor - on ‘Terrifying Sea’ Wilson says; “It’s so boring this self-inflicted pain. I wanna swim in a terrifying sea.”

The album retains Milagres' knack for the uncomfortably honest and, as a result, it still has a darkness to it. Where the light comes in is in straddling the borderline between that darkness and bright pop, utilising synths, samples and distorted guitars to create a real passion pit of mixed emotions.

The ambition comes in via the wonderful ‘The Black Table’, which touches on dark subjects with lyrics such as “love is just a chemical” but utilises a rolling drum beat and fuzz guitars more reminiscent of stadium bands than anything else. If White Lies were capable of anything genuinely personal, it’s the sort of thing you would expect them to create. Given the themes of nuclear fission and modern science, it is little surprise to be presented with a more grandiose sound.

While the tone of dark lyrics mixed with much more uplifting soundscapes rarely changes across the album, the variety comes with changes in tempo. This is most obvious in ‘Column of Streetlight’, which starts with slow throbs of guitar before exploding into a chorus that makes it hard to believe the composer once suffered a Vicodin addiction.

‘Letterbomb’ was the album's lead track. In some ways, it appears a strange choice because it’s not the most immediate thing here. What it does demonstrate well is the quirks and experimentation that Milagres involve themselves in, with child-like voices echoing and fireworks fizzing into the background. It doesn’t tick the usual boxes that a single might, but it does provide a deep and wonderful advert for the album.

The momentum of the album slows after the midway ‘Letterbomb’. That’s not to say ‘IDNYL’ (aka I Don’t Need Your Love) and ‘Urban Eunuchs’ aren’t strong, they're just offering little that you haven’t heard already by that point. Penultimate track ‘Sunburn’ comes at the perfect time – its trance-like synth and scatterbrain samples, coupled with the trough that is the preceding tracks, make it the album's real high point.

Closer ‘Another Light’ is nominally different again. As it builds, the synths and samples take a backseat for the first time, leaving the drums and vocals to power the track. This contrast to the rest of Violent Light should mean the album is closes on a high. But by the end the track blends into the rest of an album which is always solid but rarely spectacular.

This probably isn’t the album that will result in Wilson sharing a table with his heroes, but it should certainly be the one that means he doesn’t have to serve them anymore. At times, it is derivative, channelling everyone from Passion Pit to Bowie himself, but it subverts both those acts by being excruciatingly personal and that is where Milagres' real strength lies.