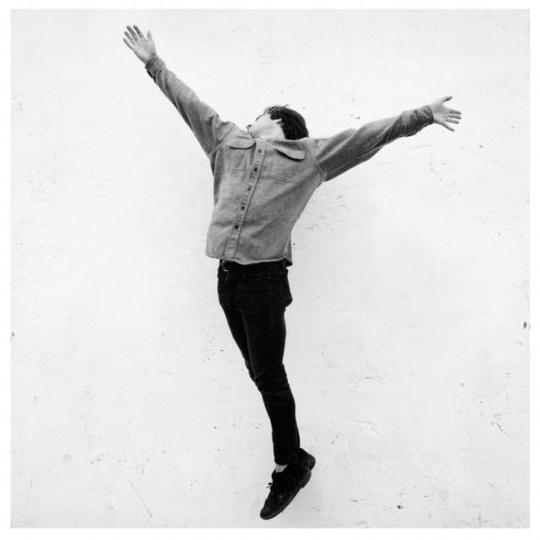 When Drowned In Sound met Manchester-based four-piece Money's Jamie Lee prior to their set at Festival No. 6, we weren't quite expecting his response concerning their debut. "We wanted it to live up to our expectations," he claimed before adding, "But I also feel like people were being slightly sympathetic towards us. I think they saw a band that didn't quite nail their first debut record, could have made a better one but showed some kind of potential." That genuine sense of disappointment upon reflection only adds to the endearing qualities of The Shadow Of Heaven: an exquisite album by anyone's standards.

It was released on my birthday (26th August), which I guess only adds to the list of excuses why a review hasn't appeared on these pages until now. Whereas not so long ago, labels would orchestrate strategic release schedules around specific times of the year, nowadays in the age of internet saturation it's quite easy for a record to slip out of the blocks unnoticed for weeks. Not to mention being at the height of festival season, several of which Money made a lasting impression on many previously unaware of their existence, including yours truly.

For a band that effectively started out five years ago, embarking on several name changes in the process before arriving at their current moniker, The Shadow Of Heaven is a stunning beast. Equal parts Storm In Heaven-era Verve - thanks to Charlie Cocksedge's McCabe-esque guitar signatures that illuminate the likes of 'Who's Going To Love You Now' and 'Bluebell Fields' - Wild Beasts - due to frontman and songwriter-in-chief Lee's lyrical eccentricities and Elbow for spacious grandiosity - it would also be doing Money a huge disservice in saying they sounded particularly like any of them.

From the moment 'So Long (God is Dead)' charismatically opens the record, Lee's a capella vocal segueing consciously into a lolloping groove, the rhythm section Scott Beaman and Will Byron providing taut back-up here. "Who'd have thought we'd die young?" asks Lee inquisitively at the song's midpoint, before Charlie Cocksedge's lilting guitar augments a rousing climax providing the most striking introduction to an album this side of 'Away/Towards' on Hookworms Pearl Mystic.

It's on piano-led ballad 'Goodnight London' that the goosebumps start to appear. A "homosexual lullaby" as described by the singer, focusing on its sentimental riposte to "Every girl I've ever loved, every boy I've ever loved." Poignantly executed yet sumptuous in its delivery, for many bands it would be the centre point of the record, their coup de grace. But not Money. There's better still to come.

Such as album midpoint 'Letter To Yesterday', the oldest song on the record and arguably the most evocative six minutes of the band's live set. Building around a simplistic drums and bass intro, Lee tells a story about overcoming one's doubts and fears. "Though there's treason in my eyes," he spits at one point, the song about to eclipse amidst a halo of chiming guitars and tumultuous rhythms. Former single 'Hold Me Forever' also raises the bar somewhat, its ambiguous statement of intent highlighted by lines such as "We always turn to hell, when there's someone who's in control."

The second half of The Shadow Of Heaven is a more reflective affair, perhaps best characterized by the title track and 'Cold Water', a playful number once again notable for the way it twists and turns from almost being a solo vehicle for Lee before becoming enveloped by a cathedral of sound courtesy of his three bandmates. 'Cruelty Of Godliness' eschews the same darkly opaque world view as Wild Beasts at their most devilish while rumbling closer 'Black' is exactly that, cold in orchestration and at times almost too traumatic to bare.

Following a lineage of pivotal and influential artists responsible for putting their adopted city of Manchester on the map would be considered a daunting task for anyone, yet Money pull it off on The Shadow Of Heaven with aplomb. What's more, with no bigger critics of their wares than the band themselves, one would expect the standard to have already been set for its successor. And that is a prospect well worth looking forward to.