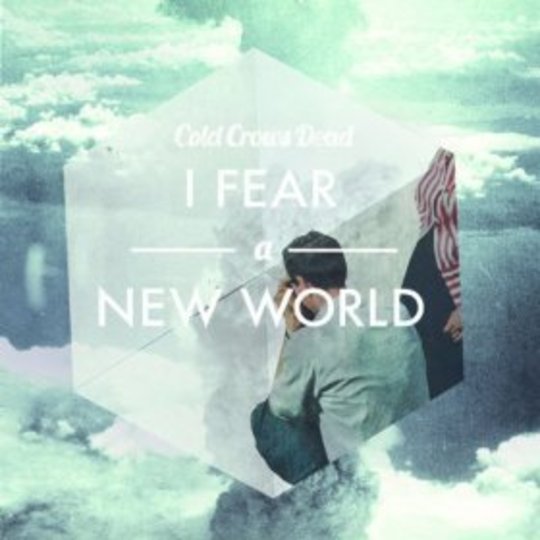 In a recent Guardian interview, Paul Lester seemed determined to compare Cold Crows Dead to The Beach Boys. It’s a reference that makes a fair deal of sense when casually listening to the woozy arrangements on I Fear a New World, but it’s a good amount less pertinent when actually paying attention to the 11 tracks assembled here, even if noted Beach Boys collaborator Stephen Kalinich does turn up halfway through.

A collaboration between songwriter Paul Steel and Murray Macleod, frontman of the severely underrated (especially by the aforementioned Mr Lester, who ignorantly dismissed them out of hand) The Xcerts, I Feel a New World exists in a bizarre twin universe to our own. A smorgasbord of atmospheric effects, whimsically inclined pop and gothic post-punk, this record sees Cold Crows Dead emerge somewhere as dark as their name suggests. It’s more Eels, or even, in the bass department especially, The Cult, than The Beach Boys. The fact that the project originated as a 'Sparklehorse rip-off', according to Macleod, shouldn’t come as too much of a surprise either.

Thankfully Cold Crows Dead have a good deal of their own personality as well, a large amount of which can be put down to Macleod’s highly distinctive vocals. His transition from guitar driven alternative rock to the beds of keys and strings that dominate much of the material here is impressive. It should be noted, however, that the sound of The Xcerts isn’t always that far away here, which should annoy the aforementioned Mr Lester. ‘Deadheads’, for instance, includes a chorus not a million miles away from The Xcerts’ ‘Carnival Time’. ‘My Shovel’ even verges off in the direction of Pulled Apart by Horses, which is enjoyable if perhaps slightly out of place.

Despite all these allusions to the rock background of Macleod, one senses that Steel deserves an enormous amount of credit for many of the intricacies here. It’s the little touches added to the likes of ‘Loves In, Loves Out’ and ‘Gone’ that take Cold Crows Dead into a higher songwriting

plain. At the record’s best, especially on the Kalinich featuring ‘Man in Black’ and ‘Hold It Together’, this is a band clever enough to merge their disparate range of influences into something dramatically potent. Occasionally the perhaps overly emphasised gloom of both music and lyrics gets a little too much, and the album’s set occasionally sinks under its own melodramatic weight. ‘Scarred and Thoughtless’ and ‘Screaming at Shadows’ both fall foul of this but, although there are some questionable touches elsewhere, like the silly distorted vocal at the end of ‘Killer Party’, this is actually an album with an impressive amount to like about it.

An acquired taste no doubt, but proof that there are British bands crafting alternatively minded pop music without resorting to scene fads or dull retreads of Britpop’s worst farts. I Fear a New World is definitely worth an investigation.