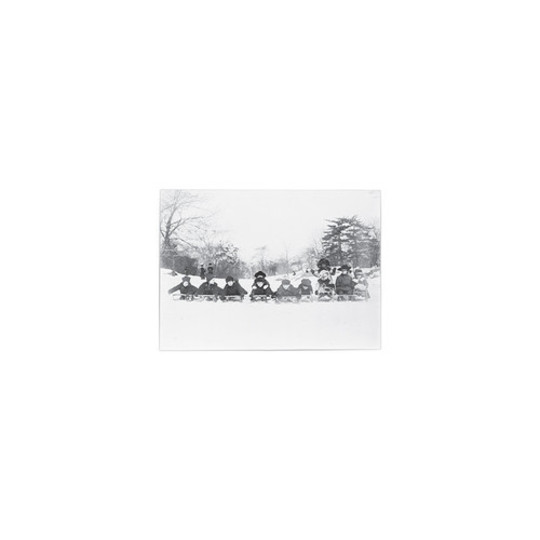 Alongside the wistfulness that an album of festive standards inevitably inspires, there's also an additional nostalgia to this collection that comes from hearing a 23-year-old Conor Oberst recite the oft-heard words of these seasonal standards.

Ten years removed from its initial appearance on the Saddle Creek website, Bright Eyes' A Christmas Album has been granted a wider release in time for this year's holiday season.

Following on the heels of Oberst's retreat from Bright Eyes to Desaparecidos, this 11-track-collection offers up a beguiling mixture of surprises, clichés and sentiment in its treatment of the classics contained within.

While Oberst's then-reputation as a prodigious yet self-indulgent songwriter would suggest a record that pours cold water on any festive warmth, the most remarkable thing about A Christmas Album is the respect with which it's been put together.

It could have been a sneering, superior swipe at songs often mocked for being anachronistic to the modern world, but Oberst instead offers up nothing but sincerity and care when adapting these standards for his own ends.

'Blue Christmas' is genuinely affecting and the song's pervading sadness proves perfect for a Bright Eyes interpretation, while 'God Rest You Merry Gentlemen' bounces along on a joyous, drunken rhythm that could have been brought in straight from Lifted....

'Little Drummer Boy' dares to break from its moorings, featuring clattering industrial percussion and a vocal that hides behind static and digital noise. It's actually a telling precursor to the thinking that would later give birth to Digital Ash in a Digital Urn; chopping up Oberst's traditional songwriting inclinations and attempting to graft human emotion to an electronic skeleton.

That track is a high point, so when the record reverts back to its conventional origins the experimentation is missed. The listener is left scanning the tracklist to wonder which songs could be turned on their head, but instead the second half of the album seems slightly limp in comparison.

Maria Taylor's vocal on 'White Christmas' is fine, but the simple backing of a gently-picked acoustic guitar isn't enough to distinguish it from countless other interpretations of the song. Similarly, 'Silver Bells' is so anonymous that it could really be by anyone in the world who has access to instruments and friends.

Nevertheless, that's also part of the album's charm. It was recorded through spontaneous sessions at Oberst's house, and the chemistry between the chief Bright Eye and his cohorts really translates to the recording. As proceedings draw to a close, this project is rendered worthwhile with the wintry ache that permeates 'Have Yourself a Merry Little Christmas,' and it's difficult to suppress a smile.

After 10 years in the cold, it's nice that this album is being granted a wider release. It's the season for giving, after all.

Since I Last Saw You