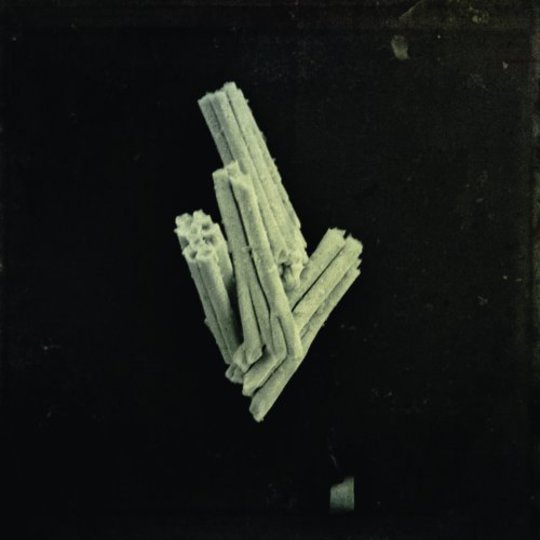 Hejira are an art rock four-piece with hyphenated surnames whose Facebook describes them as 'arising out of London' - if that doesn’t trigger your pretentiousness alarm then their debut album might be for you. It was clearly Amy Winehouse's cup of tea - the group once performed with her, and her name might encourage the more wary listener to stick with their brand of grandiose post-rock, cryptic lyrics, well-hidden hooks and a smidgeon of sixth-form wankery. Veteran electronic producer Matthew Herbert has stirred these ingredients into something potent, with preview tracks from Prayer Before Birth making the blogosphere giddy. Are they really the second coming and saviours of exploratory guitar music?

In a word, kind of. While the emperor might not be wearing a full set of clothes he’s got a very impressive posing pouch, and among these 56 minutes of 'music with a questing sense of compositional experimentation with the power of a genuinely democratic creative process' there are some brilliant art rock moments, like Kate Bush with guitars. ‘Know’ shows off Rahel Debebe-Dessalegne’s operatic voice, a rival for Julia from The Indelicates but accompanied by gentle, more chiming guitars, an indicator of the foreboding that so much of Prayer relies on. ‘Litmus Test’ is the most immediate track here: drums played with beaters, a lead note that wavers like the Crocodile Dundee theme and couplets that are just intriguing enough (”Give me noise/Give me more/Give me something to explore/Don’t dismiss a silent kiss/Promise me/Remember this”). Sometimes this intrigue gets too chewy, such as ‘In Our Own Time’ which combines slashes of guitar with Yoko Ono observations (”Without your eyes I can’t see/Without your word/There is not a word”), or the lumbering 'Gypsy of the Soul’, where growling bass is diluted by drums played on bin lids. It’s this element of the LP that’s likely to confuse, and drive everyone except middle-class recluses out into the open.

Luckily Hejira can switch from art rock to rock rock without too much of a gear grind. The teeming guitars occasionally burst into fist-pumping choruses, determined to get a crowd up on their feet even if they are all intellectuals. ‘Pinter’ is the strongest of these, built around a tub-thumping beat, hard rock riff and drums like Phil Selway’s swatting them: crisp, brushed and crashing when necessary. On ‘Powercut’ Debebe-Dessalegne howls “A smokeless flame draws me to sin”, possibly giving Australian arson investigators something to think about and quoting the Big Six's agenda with her chorus of “There will be a power cut!” It’s one melody on Prayer that’s worthy of its long buildup, reinforcing that revisit factor that makes the album so double-edged, and a little frustrating with it.

There are just enough such moments on Prayer Before Birth to save it, which are either the influence of Herbert’s production or the band realising you need tunes, whichever flavour of guitar album you’re making. As stirring as they can be those thudding, war-cry riffs that come salted with piano/strings/horns often forget melody, like a sessions band covering Godspeed. Occasionally things align perfectly, such as ‘Field of Rooftops’ where Debebe-Dessalegne whispers about ”Each life a raindrop” to pulsing piano and overground trains, but too often Herija seem a little too lofty, and unsure of who their crowd is: jamming philosophy students, or people who think Meanwhile Back In Communist Russia weren’t cryptic enough.