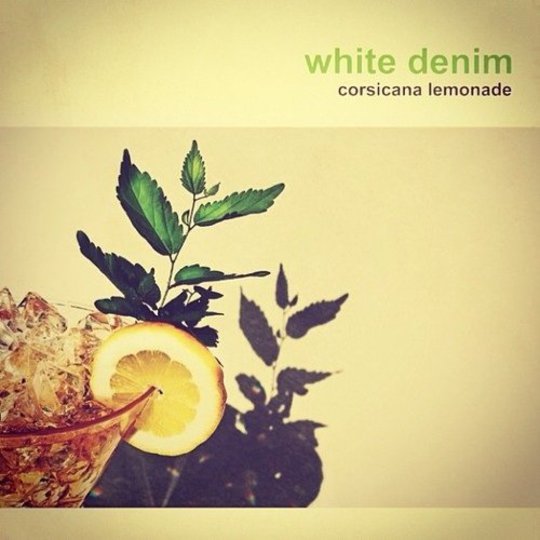 Burst onto the scene in a roar of punkish energy, jazzy time signatures and Southern Fried boogie, White Denim seemed to have carved out a niche for themselves as the thinking man’s slice of Texan rock and roll, bringing an intricacy and invention to a world that is all too often mired in overindulgence or lunk-headed simplicity. However, while it was easy to admire their early albums and a live show that could be the very definition of the word blistering, they were a difficult band to love. All that energy and ideas was all well and good, but it would be nice to hear a chorus every now and then.

The band seemed to be moving in a more palatable direction on 2011’s D, moulding their magpie-like collages into more familiar shapes, with the addition of a second guitarist seeming to add a lightness to the band’s dense, detailed approach. Pleasing to some, and great for the band who enjoyed regular appearances in end of year lists, but there’s always going to be those that preferred the earlier, lo-fi approach that shunned melody in favour of math-rock.

Those dissenters should probably approach Corsicana Lemonade with caution then, because if anything it’s a clearer distillation of D’s approach. Heck, there’s even something approaching conventional tracks on here – ‘New Blue Feeling’ swings with a sun-scorched, bluesy arrogance underneath James Petralli’s crooning vocal, before simmering into a fuzzed-up middle eight. ‘Let It Feel Good (My Eagles)’ meanwhile, rolls towards the kind of country-soul strut that The Black Keys thought they’d cornered, building into a proper singalong moment that you’d rarely associate with this band previously.

And that’s before you even get to ‘Pretty Green’, the track released by the band earlier this year as a warning shot, and thankfully nothing to do with Liam Gallagher’s clothing label. It’s the kind of tune that could turn any car journey into a sun-dappled cruise down a Texan highway, all strutting rhythms, choogling guitars and a driving, ear-bashing melody.

That’s not to say that the band have abandoned those more expansive moments and in favour of pressing the button marked 'Kings Of Leon'. Opener ‘At Night In Dreams’ plays with the conventions of bluesy rock and roll, before batting them aside and racing off in a number of different directions. The title track is less a song and more a precise exercise in tight, controlled intricacy, clean guitar lines shaping a jerking, shifting rhythm.

Indeed, in many ways Corsicana Lemonade, sounds very much like ‘typical’ White Denim, just that as a band and as people they’ve got older and written a set of songs that showcases their tighter, more controlled side. Much has been made of the fact that Jeff Tweedy has produced a couple of tracks on the record after White Denim toured with Wilco, but it’s telling that those songs don’t stand out from the rest as the Big Pop Hits amongst the more ‘out-there’ material. Indeed, this very much feels like an album as a whole, designed to be listened to in full so that the bumps and meanders can be appreciated as part of the longer journey.

Perhaps the track that best sums this up is ‘Cheer Up/ Blues Ending’, which starts with a blissful, Little Feat-style rolling riff that most bands would build an entire career out of, never mind a song. Not here though – when Petralli’s holler joins proceedings, the riff drops out and is replaced by a jerking, stop-start time signature, which is later replaced by something else completely different, before the whole track morphs into a loose, skittish breakdown – all within the space of five and a half minutes.

It’s difficult to find fault with Corsicana Lemonade, unless you’re one of those who prefers their favourites to steer clear of melody and structure. By balancing their instinctive, intricate side within a tight, concise framework, White Denim have created something that’s both accessible and unorthodox. In future when people ask 'which White Denim album should I listen to first?' you should definitely send them this way.