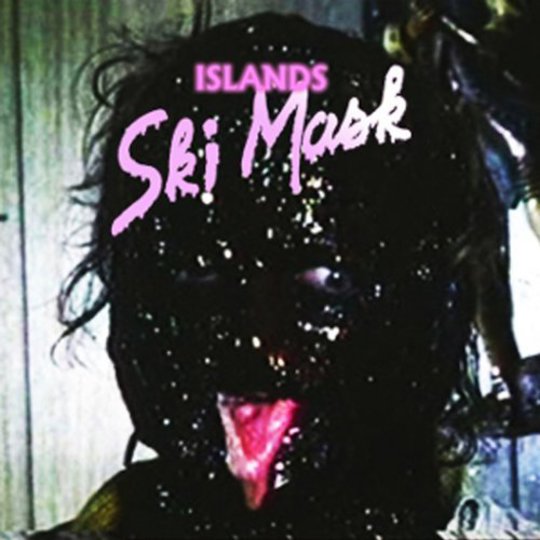 Speaking of sprawling, over-ambitious albums by Montreal indie-pop collectives, I think I was one of about four people obsessed with Islands’ second LP, the monumental, ridiculous, metal-meltingly caustic Arm’s Way.

The record’s numerous detractors pointed out that that by comparison to Return to the Sea, the magnificent first outing for Nick Thorburn’s post-Unicorns outfit, its follow up was a bitter, indulgent, unhummable mess. And, er, that’s kind of true – most of the songs were about ten minutes long and blithely uninformed by anything approaching sensible form or structure, while Thorburn’s lyrical pre-occupations ran the gamut from self-hatred (‘Creeper’) to hatred of his bandmates (‘J'aime Vous Voire Quitter’).

As I write that down, it actually reads as what people liked about Unicorns, but I guess what works for a noise-pop three piece doesn’t necessarily float people’s boat when applied to an eight piece baroque pop ensemble. Anyhoo, where most sensible people just moved on to the next thing, I refused to stop listening to's Arm’s Way until I'd convinced myself it was a masterpiece – I dunno if the songs are great, but all the bits of the songs are amazing, and there are a lot of bits of song.

But loving something so ridiculous and demanding a lot of work, and when a third Islands album appeared, Vapours, I didn’t bother to listen – partly through exhaustion, partly because Thorburn had fired everyone in the Arm’s Way band, mostly because it didn’t get a UK release and even in our blah blah global world I couldn’t quite be bothered to put in the fractional extra effort required to obtain it.

So far this has been a very long story about me, and I appreciate not really a very edifying one, but my general point is this: I loved the first two Islands albums, especially Arm’s Way, but have completely failed to listen to the next two, Vapours and A Sleep & A Forgetting. So as Thorburn’s fifth album under the Islands name finally gets a UK release, it’s kind of shock to see how some things have changed, some things have stayed the same.

Islands are now a three-piece, consisting of Thorburn, Evan Gordon and Geordie Gordon. The new album Ski Mask features no demented string swept epics – only one song even nudges past the five minute barrier – and for the most part focusses on an acoustic guitar and keyboard-based palette that one might even call twee. Objectively speaking, it’s a pretty good indie pop album: impeccably melodic, with a sprinkling of genuinely knockout choruses – the half yearning, half unhinged sigh that tops ‘Becoming the Gunship’ is a particular keeper. But much as Thorburn’s gifts are objectively undiminished, his musical palette is, and that’s reflected somewhat unsettlingly by lyrics about disappearance and dissolving - “I won’t write another word after today” he declares (admittedly with a certain panache) on opener ‘Waveforms’; “leave me in the back seat, unidentified” he pleads on ‘Death Drive’; “I am a bird that doesn’t fly” he croons on ‘…Gunship’; "I piss myself just to know that I am no one else” he murmurs on ‘Of Corpse’.

It all feels very sad, which, or course, is partly by design – if you can’t milk your falling fortunes for a bit of elegy then what can you do? Prosaically, though, while Thorburn remains a superior songwriter who can still pull delicious odd stuff like the vaudevillian ‘Nil’ or gloomily grand, Arm’s Way-alike ‘Of Corpse’, this is simply less exhilarating, less magnificent than the band in their mad pomp. Or maybe it’s all my fault for being too in love with an earlier incarnation, a different band, another life, for not even bothering with the musical steps that join Arm's Way to Ski Mask. There's much to admire here, but when you’ve stared into the sun for too long, it’s hard to see the dimmer lights.