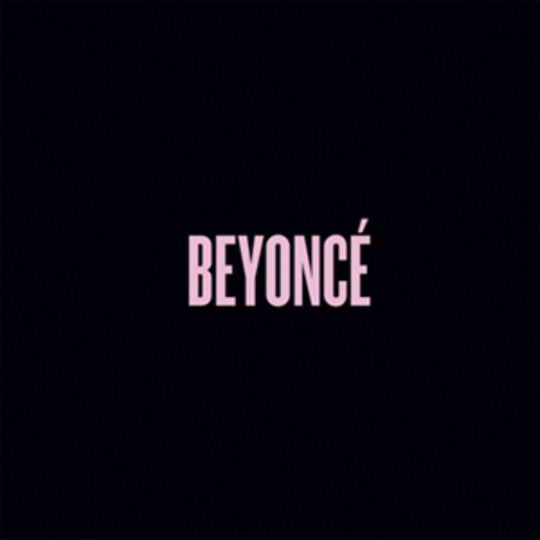 No one saw the self-titled ‘visual’ LP coming and with good reason. You have to look back to Cliff Richard's Private Collection: 1979–1988 to find a record that was released so late in the calendar year and still manage to hit Number 1 on the UK Top 40. By 9pm on the day of its grand unveiling, BEYONCÉ had climbed to the iTunes top spot in over 90 countries. Masterplan accomplished? Not quite.

When the then Ms. Knowles launched her solo career in 2003 with Dangerously in Love, it enjoyed astronomical success to the tune of 11 million copies sold worldwide. By the end of the 2011 in the UK, Adele, Lady Gaga, Jessie J, Rihanna and Amy Winehouse had all sold more copies of their latest album than Beyoncé’s 4. A comeback was needed, and it seemed to be scheduled for February this year.

Instead, Bey’s Super Bowl XLVII halftime show passed without a solo release to accompany it and talk of record label conflict began to circulate. After the caustic ‘Bow Down / I Been On’ was uploaded to Soundcloud in March, rumour had it that Sony were unaware of its existence until journalists started calling them in a hyperventilating frenzy. Add to that April’s lead-single-that’s-actually-not-a-single-at-all furore over ‘Grown Woman’ and the whole album campaign seemed to be in complete disarray.

Notwithstanding the 430,000 copies BEYONCÉ has sold to date in America, it still has several self-imposed hurdles to traverse. As of today, there’s no scheduled release date for a physical version of the record and no singles have been served to radio. Kanye West’s Yeezus took a similar Blitzkrieg approach to promotion and saw its US sales decline by 80 per cent in its second week of availability - Bey can’t afford for that to happen.

Although the release of BEYONCÉ feels like a hurried decision passed off as a fit of creative freedom, a clear thematic tone for the record has been established throughout the year. Stepping away from the tongue-in-cheek charade of twenty-first-century pop, Beyoncé has proclaimed her sexually empowered independence in ever-more explicit tones. “Red light special, undress me under the candle light,” she cooed on The-Dream’s ‘Turnt’ in May. “…I'm ready to go, ready to blow like Grammy night in the back of that limousine, Billy-Bob and Angeline.”

This philosophy is most succinctly surmised in ‘***Flawless’, which sees ‘Bow Down’ spliced with a TEDxEuston talk by Chimamanda Ngozi Adiche. “We teach girls that they cannot be sexual beings in the way that boys are,” declares the Nigerian novelist. “Feminist: the person who believes in the social, political and economic equality of the sexes.”

This is bold stuff compared to chart music’s typically inoffensive pitter patter, so it’s no surprise that Dr Luke, Max Martin and Stargate are all absent from BEYONCÉ’s tracklisting. Instead the likes of Frank Ocean, Miguel and Chairlift’s Caroline Polachek have been anointed to hand Queen B a regal grasp over pop’s zeitgeist. This means genre-hopping forays across shrill, slinking funk and power-balladeering, although most of the album is concerned with downtempo slurps of bass and hi-hat.

Again, Yeezus is the record BEYONCÉ seeks to emulate by serving up leftfield culture under a brand name with mass appeal. Why express your marital bliss with a feelgood cavalcade of horns when a shuddering synth line and reference to getting “Monica Lewinsky-ed all on my gown” will do instead? Cool intimacy has been prioritised in place of universal sentiment and the result is an album that’s overly composed at times.

“Radio say ‘speed it up’, I just go slower,” spits Bey on ‘Partition’, but that’s not quite the problem. Despite being a 14 track autobiographical missive, most of what you learn from BEYONCÉ confirms its architect’s pre-existing public image. Waking up with an angelic visage and having amazing intercourse every which way imaginable is exactly the behaviour you’d expect from someone who is so often held up as an example for womanhood to aspire to.

As a listener, it’s easier to relate to the imperfections showcased in ‘Pretty Hurts’. An impeccably sung broadside against body image conformity, it offers a welcome insight into what it’s like when your every lifestyle choice dissected in a media free-for-all. Significantly, the song’s accompanying video is one of BEYONCÉ’s few not to substitute narrative for immaculately conceived arse shots.

Of course, you don’t have have to see Beyoncé draped in a beauty pageant sash and vomiting in a grimy lavatory to get on her side. ‘Drunk In Love’s tale of meeting Jay-Z in the kitchen at a house party is similarly heartwarming, as is the Drake-featuring ‘Mine’ which describes the thought process behind getting hitched, “We should get married. Let's stop holding back on this and let's get carried away.” Most glorious of all is ‘XO’, a supermassive, dumbstruck ode to being in love and caring about fuck all else. It’s the one album track that’s linear enough to withstand a drunken singalong.

Ultimately, this is where BEYONCÉ falls short. As much as there is to admire in its forthright gender politics and bleeding edge approach to R&B, it’s a remarkably selfish listen. By favouring lavish presentation over tender blemishes, Mrs Carter is rarely portrayed as anything less than a remarkable human being. One who intends to arrest her commercial decline with pop’s most avant-garde album in years.

For all this bravado, BEYONCÉ’s confessional moments are when you connect with it the most. “All the shit I do is boring, all these record labels boring,” she exclaims on ‘Haunted’.