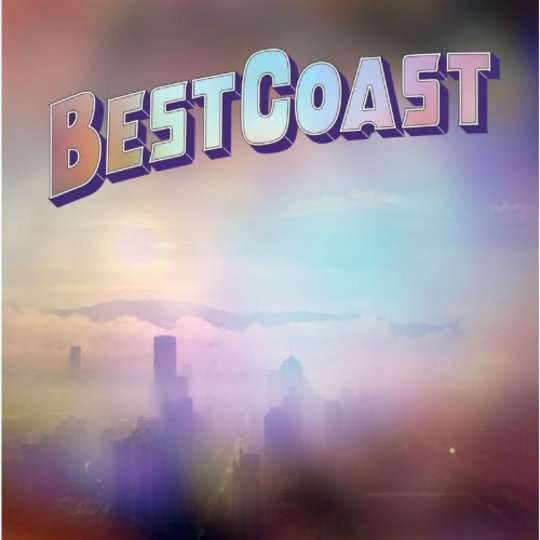 After the sun-dappled slacker charm of their debut, Best Coast successfully alienated most of their fans with a follow-up that ditched the sound which first brought them acclaim. Trading down their lo-fi atmospherics in favour of high gloss production, The Only Place left little in its wake but a hit-and-miss pop shambles. One that drew stark focus on something the stoner haze of Crazy for You had obscured: a core of utter vapidity.

Now, like a needy friend whose Twitter feed you thought you'd muted, they return with a new EP, Fade Away. The first release on singer/songwriter Bethany Cosentino's Jewel City label, it comes with a vague promise of finding balance between their two records. Cosentino herself describes it as, "…kind of like if you took Crazy For You and The Only Place and created a baby out of them"

Except that Fade Away isn't a baby - it's a chimera born out of the same basic chords, sixth-form poet's rhyming dictionary and self-indulgently throwaway pop/rock that marred their second LP.

It's not irredeemable. Cosentino and chief collaborator Bobb Bruno still have the ability to craft catchy tunes when the need arises. The rumbling fizz and saccharine bombast of opener 'This Lonely Morning' and the foot-stomping guitar crunch of 'What Have I Become' both hold a power pop brio as infectious (if undemanding) as anything they've ever recorded. And 'Baby I'm Crying' may be the album's standout; part fuzzy Sixties girl group, part downtempo country paean to heartbreak. It's a song which all too briefly bridges the gap between their past and present - as Cosentino delivers soberly heartfelt lines about how her "…feelings are nothing but fears" over a hazy wall of sound.

These slender highlights aside, the remainder of the EP's seven tracks are the work of a band who refuse to learn from their mistakes. Cosentino is still plagued by the same insecurities, doubts and contradictions that were woven through their early music.

Whether working through emotions like a shopping list on the blithely repetitive 'I Don't Know How' - which contains the EP's lyrical nadir of "I don't know why the sun's in the sky/The rain it falls down, down onto the ground". She skirts the edges of whine-pop vacuity on 'Fear Of My Identity' or elevating lyrics to Dr.Seuss levels of wordplay on 'I Wanna Know' which includes the line; "Telling lies, it's a big surprise, gazing deep into each other's eyes". One can only assume this must be emotional exorcism for Cosentino - but while she's never dealt in profundity - at best these songs feel lightweight and at worst crushingly banal.

Musically, the duo seem content working through the same predictable chord progressions that they've always peddled, crafting an amalgam of largely uninspiring jangle-pop. While they hint towards something more sonically captivating, nothing tangible materialises, leaving tracks like the moody 'Fade Away' failing to draw life from potentially fertile ground. The record burns out in a shoegazey/grunge-lite fug as Cosentino intones, "I won't change, I'll stay the same" - a sentiment which certainly resonates throughout the bulk of this EP's melodies.

We live in a post-HAIM world, and Best Coast's apparent 'best' is no longer good enough. Fade Away is the sound of a band clinging to the lost potential of their past for buoyancy, trying desperately not to drown in their own aimlessness.

Was It Just A Dream?