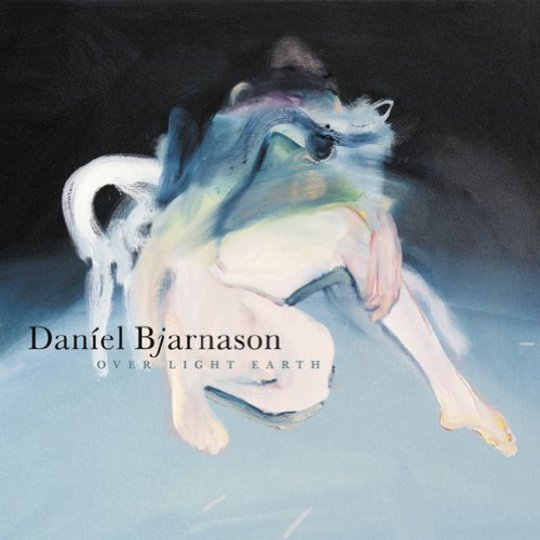 Daniel Bjarnason’s Over Light Earth is one of the most curious records of the year. Not because of any eccentricity or breaking of rules, more because it’s just not the kind of album you expect to appear in the review pile amid the pop and guitar consciousness of 2013.

The album, a completely instrumental work of soundscape, could perhaps be described as classical music - though that pigeonhole is rather abstract. It’s somewhat orchestral, yes. However, it's recorded using close-mics and multi-tracking, so there’s an altogether more daring and invasive quality to it, over what you’d recognize as a usual 'orchestral' recording, which is designed to sound grand. This is built to sound as though it’s somewhere inside you.

The first sensation is anxiety. The title "act" of Over Light Earth is a Jackson Pollock influenced, jarring mess of curio. The second of the three, ‘Emergence’ parts I, II and III have a more cinematic feel. Listening to this, it’s hard not to get swept up in daydream - your brain is so used to having a visual accompaniment and looking out a window across the sprawling, doomed small towns of Britain - as I was en route to Devon when I first heard Over Light Earth - gawping at the tedious mediocrity to which so many exist, your eyes somehow tear up.

Characters, scenarios and circumstance of your own make believe world play out in great imagined battles - it's a record that really moves you. There’s a thousand considerations at once, building into a swell of panic. The inner film that ‘Emergence’ conjures is both very real and quite alarming if you allow it in, like a slightly uneasy ride on LSD. You’re kind of expecting your boat to smash against the sky-painted wall when it climaxes after 15 minutes.

The third act, ‘Solitudes’, broken down into five chapters, is less imposing but far more titillating. The filmic atmosphere continues, shifting the record’s focus from emotion to narrative with increasingly complex concepts, placing the listener profoundly within the spectacle. Strings form a cavalcade of tension while a lonesome, ferocious piano acts as protagonist, sometimes on the offensive, but for the most part cautiously navigating the bleak wilderness of whatever story you, the listener, has concocted by this point.

There’s a sigh, a death rattle, and the whole thing ends on a question... wait, where am I? (Hope you didn't miss your stop - Ed)