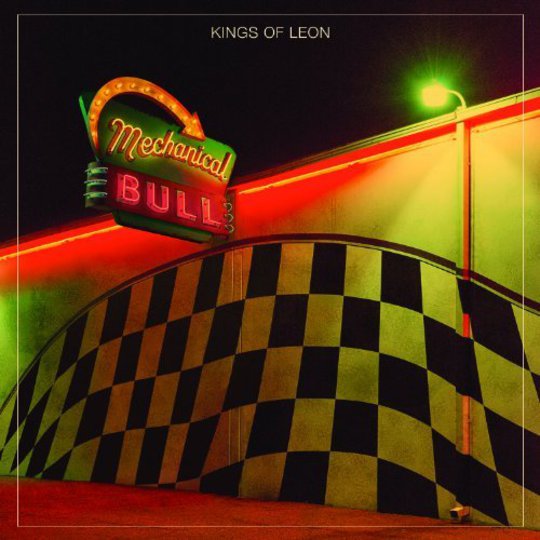 Mention Kings Of Leon in some circles, and there’s a standard answer you’re likely to hear - 'oh, I liked the first couple of albums, but then they went shit' - a statement seemingly aimed at distancing the speaker from any accusation that they might have ever drunkenly bellowed “Whoah, your sex is on fire!!!!” in a moment of weakness.

If you’re willing to sidestep any such indie snobbery however, there’s plenty on all the band’s first four albums to enjoy, especially if you’re partial to an anthemic chorus or two. Their early rough edges might have been increasingly smoothed away in favour of stadium-straddling smoothness, but Because of the Times and Only By the Night still hold enough character to maintain interest throughout.

One thing everyone can agree on though, is that Come Around Sundown was shit, and the band seemed to enter a strangely Spinal Tap-style existence around its release in 2010, being shat on by pigeons, drunkenly abandoning gigs and fighting off numerous rumours that they were due to split.

However, they’ve survived, and now return with Mechanical Bull, their sixth album in ten years and one can be best summarised as a marriage between the Kings Of Leon’s rough and ready roots and their more polished recent offerings. Like all marriages, it can get rocky at times and even a little bit dull, but there’s enough here to suggest that they’re on the way back up after hitting rock bottom.

Things start well with lead-off single ‘Supersoaker’, a vibrant blast of summery shimmer that never outstays its welcome. It might contain one of those KoL choruses, “I don’t mind sentimental girls at times” – well isn’t that big of you Caleb! – but then they win you over with a classic cheesy-clap-a-long-bass-breakdown-and-build-back-to-the-chorus-moment and you find yourself singing along. Damn you, catchy misogynists!

The following ‘Rock City’ also sways into some worrying cock-rock territory, with a lot of talk about “taking it like a woman”, but the whole thing is so preposterous, all “running through the desert” and shrieking guitar licks, that again you get swept up in the whole thing. ‘Don’t Matter’, probably the most down-and-dirty thing on the record, rushing past in a blur, all surly vocals and QOTSA rhythms, and at this point you do start to think that Mechanical Bull could be a winner.

Unfortunately, that early pace isn’t maintained. ‘Beautiful War’ and ‘Wait For Me’ are the requisite slow ones, and you can almost see the arena crowds sloping off to the bar as the band ponder their way towards their anthemic-by-numbers choruses, while ‘Temple’ is the very definition of a chugger, four minutes that pass by pleasantly enough without anything really going anywhere.

The rest of Mechanical Bull continues in the same vein, with a couple of decent tracks keeping up the album’s batting average – ‘Comeback Story’ for instance, which captures the wistful nostalgia that the band always have in their finest moments, along with perhaps the first example of a joke in a Kings Of Leon lyric – “I walked a mile in your shoes, now I’m a mile away, and I’ve got your shoes.” Caleb, you cad! Sadly, they’re surrounded by more of the plodding KoL by numbers that the band’s detractors will greedily grab as further evidence for their arguments.

Kings of Leon are never going to please everyone though, so it’s good to hear that they’ve recognised the need to add a little bit more momentum back into proceedings. In that strange mix of post-millennial indie-rock success stories, they’re still a long way behind the Arctic Monkeys when it comes to ideas and energy, but they’re still a much better proposition than The Killers and the rest when it comes to sheer instant gratification. At least there’s a couple of good ones here to stick onto the singles collection that’s inevitably just around the corner.