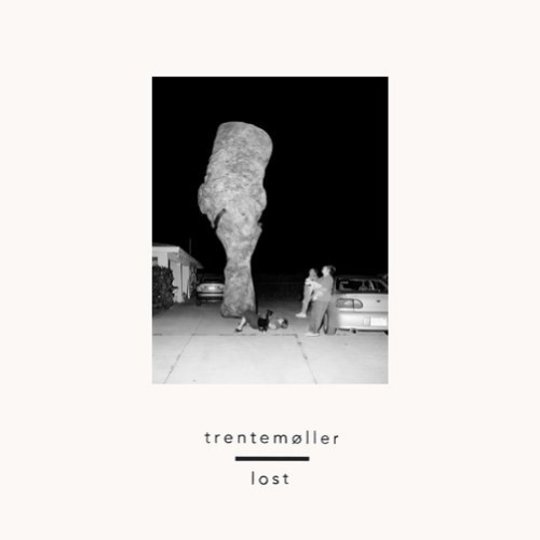 Let's get it out the way: Lost is likely to be the most cohesive album by a solo music producer you'll hear this year. Yes, that sounds like the shameless critical wankery you find carelessly regurgitated by hopeful marketeers but really, it can be justified. At two years shy of 40 with numerous EPs and compilations under his belt, Trentemøller has been in this business for a long time. But this record marks an artist making a bold, confident progression.

Released in 2006, Anders Trentemøller's debut The Last Resort was a fractured, often beautiful work of downtempo electronica that sounded oddly humane despite its often alienating coldness. Lost, in contrast is an amplification of his talent as a songwriter. By drafting in a range of eclectic guest vocalists, Trentemøller is able to fully project his musical vision for the album's dark, emotive context.

Approaching the seven-minute-mark, 'The Dream' immediately demonstrates the ambition of the album's ethereal production. As a first time collaboration with American indie veterans Low, the track transcends indentikit dream pop, becoming something of a career highlight, offering a subtle beauty that does unquestionable justice to both artists. Lost grows in such a way that a comparison to UNKLEs 1997 debut Psyence Fiction doesn't feel all that contrived an idea. While not at the level of rock stars like Thom Yorke and Richard Ashcroft, those whom are present feel relevant and justified, showing equal talent in bringing out the cathartic punch that Trentemøller's writing clearly intended.

The album isn't without its token instrumentals, though in the case of tracks like 'Still on Fire', 'Trails' and 'Morphine' it's Trentemøller's gnarled, bass heavy guitar style that maintains attention exemplifying his originality as a producer and musician. 'Still on Fire' is a storming work of industrial electronica, forming a perfect transition into the beautifully morose 'Candy Tongue', a striking collaboration with Danish singer Marie Fisker. Her voice maintains a humid femininity akin to Beth Gibbons, lending the track a fearsome, affected tone. Inspired by the thematics of Brazilian author Clarice Lispector, the song's contorted eccentricity is intended to represent the illumination and revelatory events we experience in daily life. While such metaphors are unclear from casual listening, it's a fascinating piece of song writing all the same.

However you feel about Brooklyn scrags The Drums, there's an fitting quality about Johnny Pierce's presence on lead single 'Never Stop Running'. The confident apprehension in his voice perfectly elevates the song's chorus above the musky synth driving the melody:- “Say goodbye to your friends, say goodbye to your family” opens Pierce in a cry of dictation, it's an strong ear worm but one that does more to build a sense of dread than incite toe tapping. As the album heads towards its final moments, the consistency takes a minor dive with 'Constantinople's' pacing conflicting with the hushed atmospherics before it. Regardless, 'Come Undone' with Blonde Redhead's Kazu Makino cements Lost's success as a contextual whole and a testament to the amount of thought that has been invested in finding the right talent for these compositions.

An expansive, cerebral record that exposes itself with careful attention. This is powerful stuff, showing that not only is Anders Trentemøller one of the best in his field but also a master of the album craft. One for the long haul.