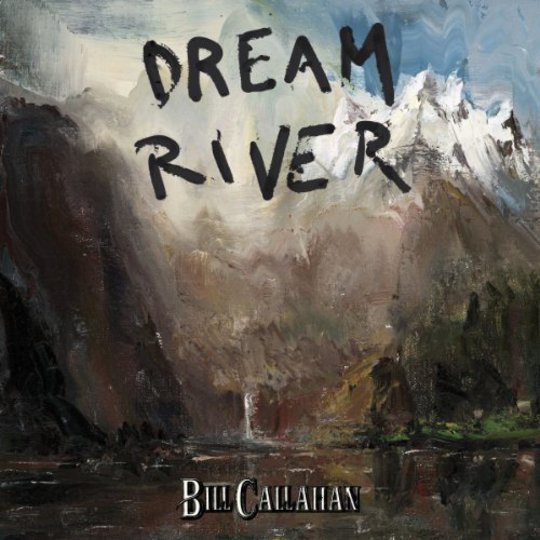 Bill Callahan’s voice is remarkable. It melts in your mouth like a soft, butterscotch caramel. It’s a shortbread biscuit baked by angels. It’s generous, caring and comes with a hefty dollop of gravitas; the voice of a well respected, dearly loved and wise older relative, suffused with kindness and understanding. It’s the voice of your favourite teddy bear that you trusted with everything when a child, only a voice that speaks to all, and not just you. It’s a great voice.

It can also be a burden. You can’t just have it existing casually, in an insouciant, ‘value-adding content’ kind of way. Any deployment that doesn’t directly create a worthwhile synergy with the story, flow and musical timbre of the track in question is immediately called into question; highlighted in a way that your average musician’s output would not suffer from. Dream River is an example of this unfortunate malaise; when the voice, the story, the music and the piece come together it feels like a great record. It is a great record, at times. But when the elements don’t quite chime it suffers. You’re left with the feeling of treading water, waiting for the whirlpool, waiting for the storm.

Evidence of the above will be provided via the following case study. Exhibit one, ‘Small Plane’, Exhibit two, ‘Spring’ and ‘Summer Painter’.

Exhibit one: ‘Small Plane’
At its simplest, ‘Small Plane’ tells the story of Bill being taken up in the air over a bucolic vista, piloting a light aircraft and learning to fly. The gentle arrangements of guitar, bongos and occasional aircraft related sound effects combine perfectly with Callahan’s storytelling style. Of course, pick behind the obvious and the lyrics are richly infused with metaphor, detailing the development of relationships, either with regret “I always went wrong in the same place, where the river splits, toward the sea”, with nostalgia “sometimes you sleep while I take us home, that’s when I know, we really have a home”, or with euphemistic playfulness “I like it when I take the controls from you, and when you take the control from me”. Whilst the metaphors may be a touch unsubtle at times, Callahan’s effortlessly weighted delivery walks the line between intrigue and folly perfectly.

Exhibit two: Spring and Summer Painter
Tracks four and eight on the album, both of these seasonal titles vary significantly from ‘Small Plane’, primarily in musical scope. Whilst the instrumentation on the record is limited to some basic percussion, guitars, effects and flute, sweeping soundscapes are developed here that build and swell around the central themes of the two songs. ‘Spring’ revolves around the carnal desire expressed simply in the line “All I want to do, is to make love to you, with a careless mind”. Contrastingly, ‘Summer Painter’, the longest song on the album at 6:34, builds consistently to the evocation of a storm. In both of these instances the musical intensity often seems at odds with Callahan’s vocal, each detracting from the other, rather than creating something greater than the sum of their parts.

Maybe this comes across as a little harsh, or a little unfair; in this age of uncertainty we’ve been fortunate enough to have a steady flow of Callahan with a new full length released every two years since 2007. Reliable and consistent, we’ve come to expect a high level of quality, a bit like how one imagines it might feel to be a regular at Claridge’s. That’s fine; it just seems a shame for a man with such talent at his disposal to be laurel resting, or just getting by. With such a history of innovation, it would also be a loss should Callahan fall into the role of respected institution, leaving that nagging doubt behind about just how much more could have been achieved.

Regions of the Old School