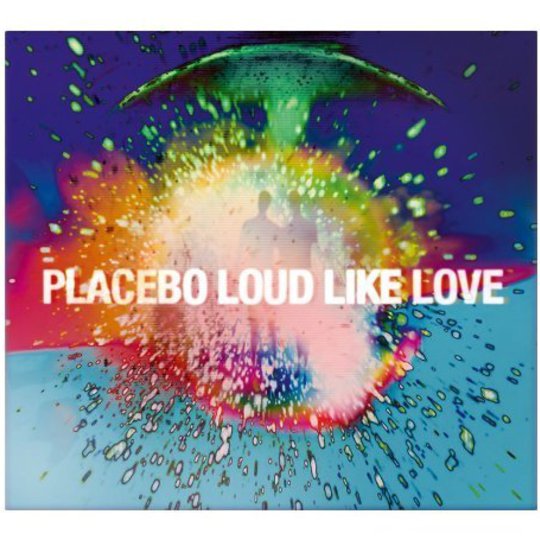 While Brian Molko’s voice has always been divisive, Placebo’s darkly glittering alt-rock has often been unfairly maligned. Unusual vocalists pedalling intelligent, introverted rock tend to be met with more acclaim; Michael Stipe and Billy Corgan amongst the most obvious examples. But with their borderline goth image and endless supply of angst, after late Nineties success Placebo found themselves unfairly lumped in with the early Noughties emo scene.

Menacingly seductive and with a lyrical wit to rival Morrissey, there’s always been far more to them than that – even if much of their musical has been unquestionably well suited for crying bitter teenage tears into single-bed duvets or sourcing attention-seeking MSN names. As the band’s twentieth birthday looms, it seems their best days are behind them. Though Loud Like Love is more interesting than the bland Battle for the Sun, we’re a long way from the quality of anything pre-2006.

From the moment you press play, it is obvious that this is Placebo. It’s all here. The chugging attrition of simple riffs, laden with brooding, emotive key changes. Lyrics dissecting sex, sadomasochism, androgyny and drugs. The unchanging constant is Molko’s voice, now sometimes reminiscent of Neil Tennant (though of course the synth-pop is swapped for gritty melancholy).

To the casual ear, this could be any of their other albums. But with such a consistent sound, it becomes harder for individual songs to stand out. The bald, cold open of ‘Too Many Friends’, “My computer thinks I’m gay”, and the half-understood muttered bridge on ‘Hold Onto Me’ are classic Placebo, all drawling introspection and misunderstood depression, but it fails to distinguish itself from all their other work.

Despite all this, Loud Like Love hides a few seeds for hope. ‘Exit Wounds’ brings flagrantly digital drumming, presenting the familiar themes in a refreshingly different setting – and bringing the first sign that this is indeed the Placebo of 2013, not merely a stagnant repetition of past history. Continuing in the same vein, ‘Purify’ brings choppy industrialism and a gloomy bassline to a traditional Molko tale of seduction.

Unlike albums past, there are no clear choices for singles and little that doesn’t seem a rehash of old material. Ballad ‘A Million Little Pieces’s piano and turbulent percussion reference ‘Song to Say Goodbye’, and the squalling guitars on ‘Rob The Bank’ aim for the anthemic territory of ‘Every You and Every Me’, but their former triumphs are only echoed. The best hooks and the most memorable poetics are missing, and Loud Like Love offers nothing to rival the highlights of their existing back-catalogue.

Half-way through the record, in his unique quaver-soar of a voice, Molko asks “Can’t you tell I’ve lost my way?”. Unfortunately, I rather can.