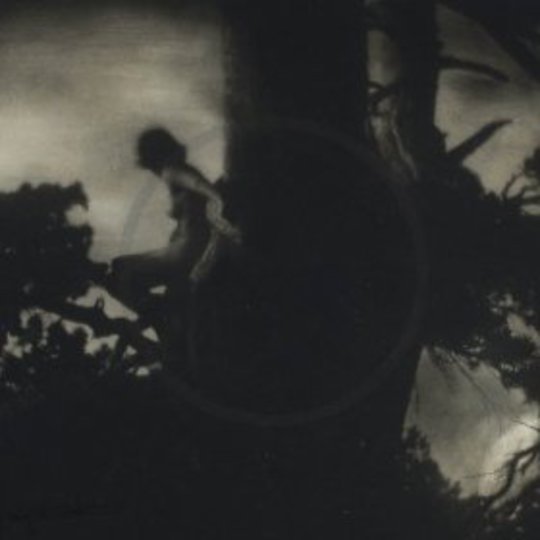 When Moon King chose to collate their output to date, with a bonus track, under the name Obsession, one can only hope that they did not intend the titling of the record to imply that this really was a record to obsess over. Such an implication would be a pretty bold one for any band on their debut record to put out there. However, for Moon King, such a claim would carry a bit of extra chutzpah.

The thing is, Obsession is the very opposite of the sort of record you really want to exhaust your energies on. Poring over every last detail of this record will result in one discovering very little. Moon King are pleasant enough purveyors of relatively enjoyable electro-tinged dream pop, but it seems at the moment that’s about it. As a result there really isn’t all that much to sustain interest, let alone obsession, with this album. On the band’s EPs featuring this material such a problem was diminished somewhat by the lack of material at hand. However Obsession lasts over 40 minutes so, predictably, extra credence is added to the suspicion that there isn’t actually all that much going on here.

This is all the more frustrating because Moon King have not by any means run out of good songs. They have just run out of ways to make their songs vibrant enough to be interesting. Subtle tempo shifts and gentle alterations in texture aside, Obsession is all rather much of a muchness in approach. It not only fails to offer anything new to the style, it also fails to add enough to make it particularly memorable or desirable.

This may sound harsh. Maybe it actually is, but there’s an important point at the bottom of this criticism. We live at a time when generic mainstream pop music has become almost parody-like in its determination to exist on a plain of utter meaningless, and that means that pop music beyond the charts needs more to it than a decent tune and some post-Loveless haziness. For all the cynicism directed (often needlessly) at the likes of Beach House and Bon Iver, both are capable of adding that something extra into the mix, whether by instrumental experimentation or lyrical and vocal power.

Unfortunately Moon King just don’t have the songwriting maturity to excel in either of these two departments. Tracks like lead single ‘Only Child’ and ‘Dreamtrap’ are far better than average pop tunes taken on their own, but within the context an album they feel starved of air. Everything here is perfectly engaging, but ultimately has too little resonance to truly satisfy. It goes to show that a good idea for a song isn’t always enough, especially not given the immense competition inherent with producing artistically focused contemporary pop music.

Ultimately Moon King’s failure is in neglecting to add more meat to the bones of their compositions, to truly back up their promise. Maybe there’s a lesson in that somewhere, but if there is it comes too late for Obsession. What we’re left with is a record that, given its potential, is nigh on impossible to love.