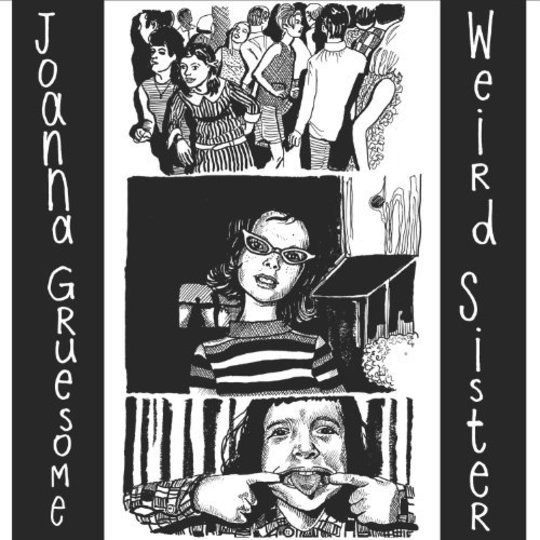 Joanna Gruesome’s debut record is one in which this Cardiff five-piece manage the rare feat of spanning genres and sub-genres without losing focus. Bridging the gap between aloof effortlessness and concentrated fury, the record segues between riot grrrl, dreampop, grunge, twee, punk, shoegazing et al continually: a Nineties indie 101 from a band whose influences and reference points may be clear, but there own songcraft cannot be doubted.

While all these indie and punk subgenres are certainly all interlinked and related, it isn’t too often that a band attempts to combine practically every single one of them in their sound without being asked to either sit down or take some Ritalin. Joanna Gruesome have not only done this with particular flair, they have a marked lack of subtlety (or at least discretion) about it: the tracks change with impunity and the results are raw and fantastic. This is the sound of five people going mental in a room in South Wales - they’re clearly very good at it.

The sound is bright and brilliant despite its lo-fi sensibilities. The spiky guitars are loud and engulfing, then jangly and understated whilst the girl/boy vocals jostle for dominance in places and meld effortlessly in others. There are places where the drums are played with such ferocity that they feel like they sound like they’ll break; in fact that’s true of every facet of this record, what makes it so special is that they don’t.

‘Lemonade Grrrl’ is excellent in its unexpected double time drums; the vocals remaining fey and Postcard Records-ish while everything else crashes around them like a 33 played at 45 speed. Following this is ‘Secret Surprise’, a Los Campesinos! vs. Dananananaykroyd-esque yelp-athon that manages to sound far removed from its predecessor whilst still retaining the ethos that holds this record together. ‘Sugarcrush’ is also a stand out here, a mix of The Vaselines and Nirvana- the latter band’s influence coming through during the final breakdown of the track whilst the former’s is shown in the jangle of the main section: a time line of indie music in 2.46 package.

While this record does act as an all-encompassing lecture in Eighties/Nineties outsider-indie, its execution transcends its constituent parts to create something that is strikingly unique under its surface. Weird Sister’s ebbs, flows, peaks and troughs: a shape-shifting, nuanced LP that could be described as derivative, but never formulaic. This format may not work for a second album, but considering the talent on display here, it won’t have to: there is little doubt that Joanna Gruesome, like their Cardiff-emporaries Los Campesinos!, will soon move on and create for themselves a similarly devoted, cult fanbase. And if there is one thing that can be gathered from this record and its indie ethos, anything more mainstream than a devoted cult fanbase would be a blow indeed.