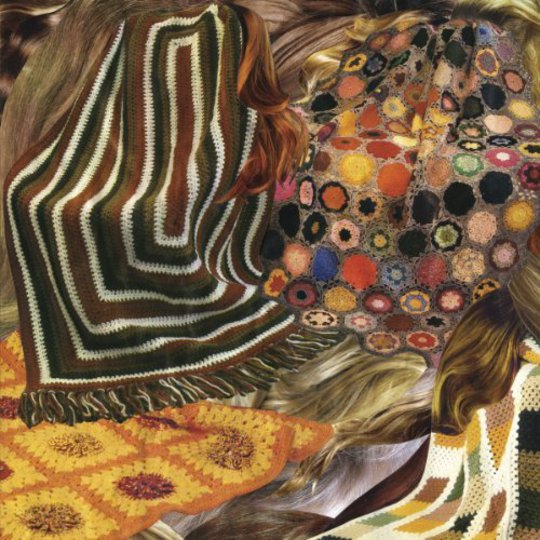 By the end of last year, it seemed like San Fransiscan garage rocker Ty Segall was unstoppable. At just 26, he'd spent five years in an almost constant cycle of recording and touring his brand of lo-fi revivalist rock. A feat that he crowned in 2012 with the astonishing release of three albums, which - even by own his enthusiastic standards - seemed an exercise in fearless creative excess.

So it comes as a surprise that the follow-up to last year's triumvirate of fiery rock and roll has taken almost eight months to materialise. A heartbeat for most artists, the wait has felt positively My Bloody Valentine-esque when compared to his usual work-rate, but this delay has been borne out of more than a need for respite. The intervening period seeing him face a series of traumas, including the death of his adoptive father and a subsequent breakdown in communication with his mother.

If you were expecting Segall to channel his raw emotions into an album of cathartic brutality you'll need to look elsewhere because Sleeper - his only scheduled release in 2013 - is a contemplative record, haunted by the ghosts of a troubled year. It sees him make the tonal shift that he's hinted towards on earlier recordings such as Goodbye Bread but never fully explored. It eschews his tendency towards heavier aesthetics in favour of gentle psychedelia, meandering blues and downtempo balladry.

Segall's music has always heaved with nostalgia, but the tempos and rhythms here take their cues from the paired-back sounds of Sixties folk troubadours, rather than their freak-rock counterparts. Whether that's on 'Crazy' with its brittle, Donovan-inspired falsetto, 'Sweet C.C.' with its acoustic glam stomp, or in the hypnotically downbeat undulation of 'The Keepers', which has lyrics oddly skirting the edges of Arthur O'Shaughnessy's 'Ode'.

It's Segall's commitment to a retro aesthetic that binds his simmering psyche-folk and rootsy blues. Creating a consistent and compelling album that despite a raft of influences still manages to feel unique and at its most standout, combines his vintage sound with emotive and heartfelt lyrics. It's most evocative on 'She Don't Care' with its menacing, reverb-strangled fiddle and saccharine harmonies that belie darker intentions, or 'The West' which closes the album with Segall torn between his mother and his father, both parents at opposite ends of the compass, leaving their son unsure of his place in the world. “Where do I go home?” he questions over a touching folksy guitar ramble.

That's not to infer that the reckless spirit of lo-fi rock and roll has vanished completely. Segall's thrashier leanings lay dormant and ready to ignite, just below the surface of several songs: sometimes subtly in the energetic hand beaten percussion of 'Come Outside' or the looming threat of 'Queen Lullaby', which unsettles with its shudderingly climactic wall of noise. Elsewhere, it's more explicit in the sneering drive of bluesy 'The Man Man' or '6th Street'; the former concluding with the distorted explosion of an electric guitar, the latter with a softly shredded acoustic solo.

While it might not be his definitive album - that will come when he truly marries both sides of his sound - Sleeper is a progressive fork in the road of Segall's career. It brings with it a deftly executed change in tone that we've only glimpsed in the past and a refreshing emotional honesty, which not only feels mature but enduring.