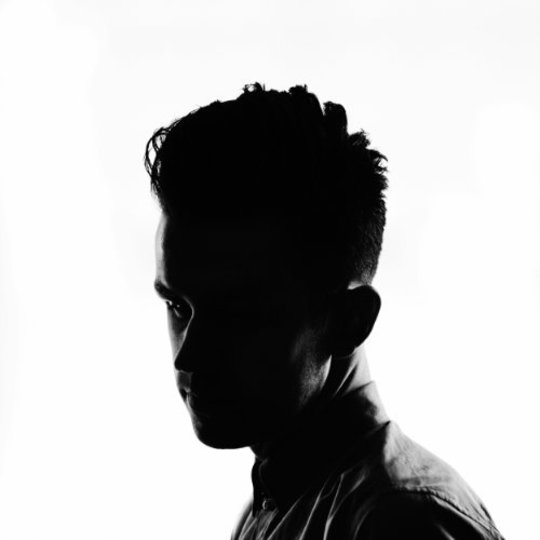 Most people dream of living by the sea, but for those who grew up in remote coastal towns, it's far from idyllic. These people know the stifling boredom of ghost-town winters, the crush of tourism in summer months and—most of all—the isolation and overwhelming feeling that the world is passing them by. Benjamin Stefanski, better known as Raffertie, was raised in such an environment and those difficult emotions are all present across Sleep Of Reason.

Raffertie's previous stand-alone release on Ninja Tune, the Visual Acuity EP, was a consolidation of his past, pilfering elements from a variety of dance music styles with one ear firmly to the DJ's headphones. With this in mind, the stylistic jump on Sleep of Reason is initially jarring. Gone are the up-tempo bleeps long associated with Warp and Ninja Tune, instead replaced by ruminations on life, love and loss, set amongst a velvety electronic darkness. Most importantly, however, at no point does the listener feel as if they're trapped in the arcade game OutRun for an extended period of time.

Prior to the LP release, single 'Build Me Up' announced Stefanski's intentions. Bravely copping the entire chorus melody from Mariah Carey's 'Dreamlover,' it avoided parody by enveloping his vocals in a dense fog of synths and shifting hip-hop beats, underscored by moments of silence that allowed the track time to choose a new direction before moving forward. It was both affecting and challenging — a perfect encapsulation of this record as a whole.

Second track 'Rain' shows nothing of the artist Raffertie previously appeared to be, with a clean guitar picking out sparse chords amongst the crackle of a record and heavily treated vocal harmonising, spinning a story of a love that simply has to end. It's soul music that could only appear in this decade and it's absolutely wonderful.

Although 'Rain' runs straight into 'Build Me Up', there is an even better one-two punch that follows after that. 'Gagging Order' shares more than a title with Radiohead, pitting ominous piano against itchy beats and a distorted vocal sample that functions as a nagging riff, drifting in and out of the mix. In another nod to Radiohead, Raffertie suddenly drags the human element of the song to the fore and hammers out a descending minor-key piano melody as the synths rise and it almost breaks your heart.

'Touched' inverts 'Gagging Order's mix of human and mechanical, keeping the instruments electronic and making the vocal the central point of the song. The soft washes of sound are reminiscent of Perfume Genius' Learning LP and the track's only lyrics again point to Mike Hadreas' gift for hitting nerves with single phrases: “when we touch/I can't breathe.”

That's not to say that Raffertie has abandoned his past entirely. After the intensity of the first five tracks, Stefanski drops a two-step beat and some bleepy synths for a joyous instrumental palette-cleanser in the shape of 'One Track Mind,' showing an innate understanding of sequencing and flow while simultaneously paving the way for a slight change in direction across the album's second half.

From here Sleep of Reason heads to uncharted waters, seamlessly mixing dark dub with climactic post-rock codas and more traditional singer-songwriter influences. It's difficult to find fault with this record, such is the skill and obvious care with which it's been put together. The chanting on 'Principle Action' comes across more Lion King Soundtrack than anything authentically African, but that's really about it.

The obvious elephants in the room are James Blake and The xx, whose influences can be strongly felt across Sleep Of Reason, and Stefanski has previously spoken of Blake's first record giving him the confidence to stretch his own boundaries for his first full-length. Maybe this sufficiently dulls the gleam of Raffertie's debut to prevent him being marked out as a true pioneer, but that would be unfair. Sleep Of Reason is darker, deeper and more daring than either Coexist or Overgrown and more emotional and soulful than The xx or James Blake. Ninja Tune won't release a better record this year.

Love And Peace And Sympathy