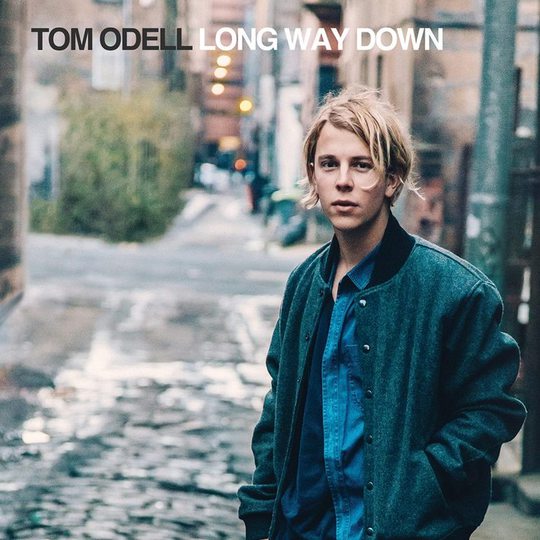 It’s easy to feel a bit sorry for Tom Odell. When he started strumming a guitar and fondling a piano, he had dreams of becoming one of the greats. After a childhood spent learning the piano, he stayed up all night, got lucky with a melody or two. And then he got a manager, a lawyer, a record deal; then went into the studio, released an album, and it went to number one... but along the way, he seems to have had no time to grow and that will be his downfall.

He has had no time to truly suffer as a human or evolve as a songwriter - or at least that's how it seems from listening to him being interviewed on the radio or closely reading this record's lyrics. He seems to have either somehow sublimated or never experienced the sort of pain that fills your mind for days and weeks, that you can't help but write out of your system. That shock and awe that hits you in your core and steals your very spirit. Heartache that robs you of your hunger. Loss that keeps you curled up beneath the sheets. It’s from this well of knockbacks and loneliness that true greatness flows.

I pity Tom Odell because none of this is his fault. It’s the system. Damn the man, because it has long been decreed that any solo gents who sing 'serious' songs about love and loss must be the verge of combustion. We must be able to wince and offer a hug, whenever we see, hear or feel the cracks that these Sad Young Men are holding together.

Those glazed eyes must be permanently gawpin’ into an abyss or they just won’t cut it. We - the record buying plebs - must believe that as their gaze drifts off-stage that this creature before us is wondering whether they can commit suicide before the show is over. Maybe we will have a tale to tell, about how we were there, "on that fateful night...". Of course, we want them whisky-breathed but beautiful - in an awkward angelic-urchin sort of way... Pastier, the better. Cardigans are encouraged but not demanded. Skinny and starved, but not so heroin-chic that we feel the pang of middle-class guilt that comes when passing a genuine hobo. Get the balance right and sadness-junkies like me will lap it up.

On paper (or whatever the email press release equivalent is), Tom Odell is an intriguing prospect. A young sad man, who likes a lot of the classic sad-song writers. He name-checks all the right movies, and a few writers and some alt-hero poets. A record label (with Lily Allen as its figurehead) believed in him, in a time when they don’t believe in themselves all that much. Blogland lapped it up. Broadsheet coverage followed. Radio started spinning his tunes. You could feel the hype turning into a proper hoohah right at that moment when his debut album, propelled by the buzz of major label worker bees, flung itself straight to number one in the UK album chart. A success story. Let’s all rejoice, ignore NME’s 0/10 review and his dad clamoring to defend his son and move along... but I couldn’t help myself, I had to listen to the actual album.

Beyond the fact he is male and writes songs, Tom Odell’s debut album has little in common with Randy Newman or Sparklehorse or Elliott Smith or Bruce Springsteen. It doesn’t have the majesty of Sufjan Stevens, nor the radio-friendliness of the New Acoustic Movement (NAM - RIP!) with its debatably great artists such as Turin Brakes. Nor does Odell possess the otherworldiness of contemporary artists such as Villagers or the lesser known Keaton Henson. And yet, if the rules that all solo women with even the slightest hint of quirkiness (read: not utterly pedestrian, granny-pleasing, fluff) must get compared to Kate Bush, then you’d be forgiven for hearing that Tom Odell is the new Nick Drake / Elton John / Phil Collins / Ozzy Osbourne [delete as applicable] because he’s a solo white male from England... Scrap that, a hint of quirkiness or some tribute act suss would be great, even for a few minutes. In fact, it's so vague what he's actually doing, it's hard to call him The New 'Anything'.

It’s not that it’s a record without a highlight. There’s the charm offensive of a Thermos-carrying stalker who wears a winter jacket all summer long that is ‘Another Love’, with its decently crafted chorus and stripped down Arcade Fire flair, which is a real standout. Yet, within the context of the rest of the record - which is a mixture of syrupy dirges about nothing and strummed latter day Dylan b-sides - it seems more-like a beginner's fluke than the work of a boy who has studied Ryan Adams and Rufus Wainwright. He clearly hasn't really worked out the machinations of what it takes to write an engaging yet emotional dittie. Beyond that, very little of this record stands out, which makes the Brits Critics’ Choice award (for which I’m one of a hand full of judges that emails in a list of names each year) seem even more perplexing - not that I’ve bothered to listen to enough stuff by Ben Howard, the Mumfords and all their bandwagon-slurping contemporaries to really ‘get’ this New Boring Movement that seems to have swept up a bunch of aging broadsheet hacks and given Radio 2 some demographic-pleasing playlist fodder that is ‘hot’ ‘new’ and ‘fresh’.

Perhaps the criterarti have been "captivated" by his affected voice, which comes across more as a tone-deaf affliction, than some unique way emotion pours outta him. Or maybe it’s the plodding - the jejune safety to sweep us away to the bosom of suburbia, far from these troubled times we’re living (I bet Chichester is bloody lovely, and no-one locks their doors and even the pigeons doff their caps). Maybe it’s the bland-as-hell lyrics like “The moving shadows on your swaying light / Or your picture notes of porcupines / Or just wondering round with you / Just wandering town with you / Oh oh oh oh / Would be enough.” Of course, the mere mention of porcupines means he’s some sort of surrealist genius...

Long Way Down is not a dishonest record, it's just that Odell's paddling in a horses trough, thinking it's the sea. The whole thing just tumbles into itself. It’s like a ball of colourful plastiscines turned into one browny-green lump. It sounds forced. 99 per cent bedroom frustration, one per cent borrowed inspiration.

I guess the main reason I feel sorry for Tom Odell, isn’t because he’s perhaps deluding himself that he’s become to Neil Young and Tom Waits what McFly and Busted were to a generation of Harry Potter swots who were led into the Reading moshpits and into the arms of Biffy Clyro; I feel sorry for him because one day he’s going to listen to M.Ward’s The Transfiguration of Vincent or Beck's Sea Change or the late-great Jason Molina, and realise he could never do that. He has had a hit (of sorts) but he just doesn’t have it (the pain, the shame, the hurt, the words, the melodies, the drama, the string of hummable singles, the sense of mortality, the inability to care, the empathy, the fizz, the fight...) in him, which is a pity as he seems like a nice, polite, eager, young man, thrown into the market place, in the hope Ed Sheeran fans fire up YouTube and buy a few iTunes downloads.