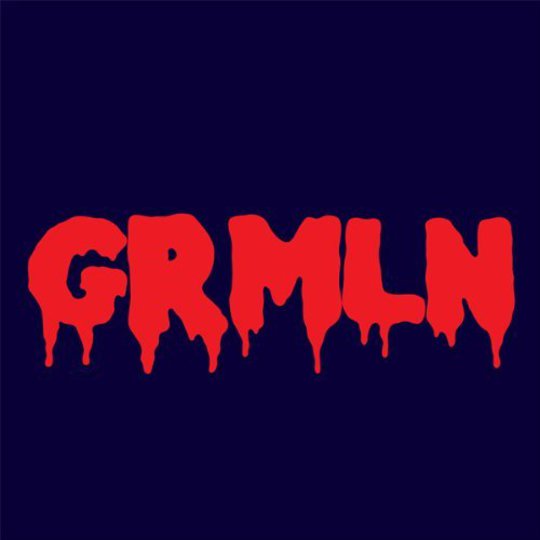 Empire is the debut album release for GRMLN, a project from Japanese-born/California-raised Yoodoo Park. Having built up a reputation with the release of last year’s EP Explore, Park has cast aside the dreamy surf-pop of that release in order to capture a live, rock and roll sound, expanding GRMLN to a trio in order to best encapsulate that energy. Although the album had a short gestation period of just a few days and is a relatively brief affair (clocking in at less than 24 minutes), Yoodoo & co manage to do some interesting things with the standard rock arrangement.

The sound of Empire can be neatly split into two halves - the first five tracks follow the formula of scuzzy indie-rock coupled with strong pop hooks, and comprise by far the strongest part of the album. Opener ‘Teenage Rhythm’ marries a simple yet effective guitar riff with a strong chorus of “Get out, get out, get out” with an onslaught of youthful vigour. ‘Blue Lagoon’ is a strong example of Japandroids-esque noise-rock, whilst both ‘Coastal Love’ & ‘Do You Know How It Feels’ demonstrate a working knowledge of how to formulate an effective upbeat hook. The only real weak track on this part of the record is ‘Hand Pistol’, a track which feels far too indebted to the Pixies to be enjoyed on its own merits.

The final four tracks on Empire sees GRMLN take the album into several different territories. Whether intentional or not, these tracks play like a series of short tributes to the music styles of yesteryear, albeit ones which have passed through GRMLN’s garage-rock gaze to reach this stage. In some cases, this works out to the group’s advantage. The highlight of this half of the album, ‘1993’, is a bass-led rock throwback, one which sounds like the best Tom Petty song that The Stokes never ripped off. The closer, ‘Dear Fear’, is a surprisingly fragile acoustic track which harks back to Nick Drake and Simon & Garfunkel, and acts as a perfect antidote to the scuzzy guitars that preceded it.

However, some of these musical pastiches fail to really make an impact. ‘Summer Days’ attempts to mimic the sound of glam-rock, and although it is not a bad track, it just doesn’t have enough oomph to really sustain it. ‘Cheer Up’ is another song to add to the growing list of dreary modern ‘Earth Angel’ copyists, the occasional feedback blast helpfully reminding us that this song was indeed recorded after 1959. Although there are some interesting sounds in play in the latter part of the album, it lacks the consistency and enjoyability of the album’s opening half.

All in all, Empire is a rather decent garage rock album. Yoodoo Park has a knack for a good pop hook, and although the album would have been considerably stronger had the closing tracks been more in keeping with its promising start, it is an album worth investing time in.