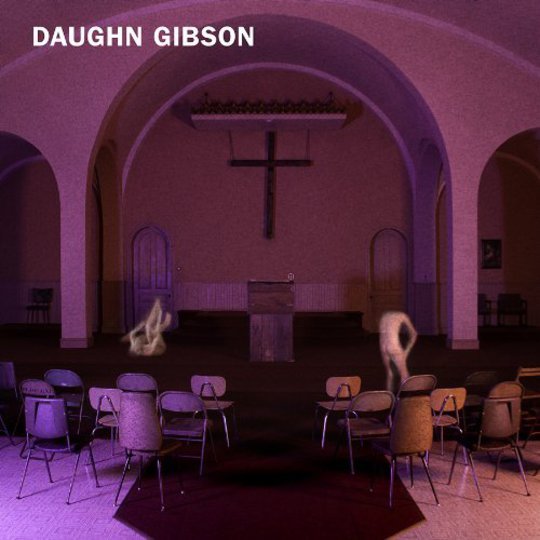 In early 1972, Johnny Cash strode into a dusty Southern recording studio and, in his iconic drawl, understatedly intoned the opening words of what would become his biggest hit: "Six foot six he stood on the ground, he weighed two-hundred-and-thirty-five pounds / But I saw that giant of a man brought down to his knees by love". Fast forward four decades and blur the lines of ‘love’ with ‘lust’, and Cash could have been describing country/electronic pioneer Daughn Gibson as portrayed on his second album, Me Moan.

On his debut, former trucker Gibson carved himself a critically-acclaimed niche by fusing the sounds of Cash and his bolo-tie wearing contemporaries with the shuddering claustrophobia of bass-heavy dubstep acts from this side of the pond, all wrapped up in his haunting baritone croon. With the follow up, he opens up the sonic aperture to reveal songwriting more panoramic than before.

Where previously Gibson relied on hours of thrift-store crate-digging to find his sample-rich sound, with Me Moan, he’s embraced the organic, roping in pals including John Baizley of Baroness. As well as guitars; strings, organs and even bagpipes too make an appearance, perfectly complimenting the thudding deeper tones that remain from his earlier release. When the low and loose bass riff on opener ‘The Sound of Law’ gives way to a lasso hook of a chorus, Gibson showcases how sophisticated and incendiary his songwriting has become.

It’s not just about melodies though, Me Moan is a record explicitly focused on rhythm, as you’d expect from a man who drummed with stoner rock act Pearls and Brass in his formative years. Tracks such as ‘Phantom Rider’ exhibit an almost R&B appreciation of groove, adding up to a feast for the feet as well as a feast for the ears.

Eighties pop rock makes an appearance too, best exhibited on the hold-me-close centrepiece ‘Franco’, where over chiming, delayed acoustic guitars and shimmering keys Gibson contorts his top lip in a pained and self-aware FM radio croon “Give us a way for two lips to collide”. This is Gibson at his most intimate; Morrissey with a stetson.

As well as torment, there’s a sense of the sordid throughout Me Moan, with an underlying sense of carnal desire throughout that occasionally comes to the fore, conjuring up sweaty motel rooms and sleazy roadhouse bars. Perhaps it’s the loneliness of the open road, but you can almost hear Gibson’s urgent animal pant among the slinky snare rhythms and echoey slide guitars of ‘The Pisgee Nest’: "Statetrooper’s daughter in the Pisgee Nest/and there was a fight about who was next". It’s a chilling line that is intelligently left to air over bubbled samples before the record roars back into life with the stuttering beefsteak blast of ‘You Don’t Fade’ which roars and tumbles in its wake.

Me Moan is a remarkable record that takes a genre rooted in formulae and clichés – country – and spins it into something fresh, compelling and edgy. A stunning follow up.