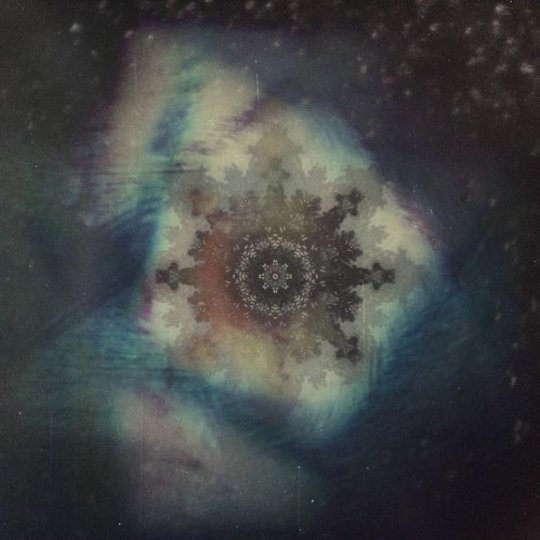 Last summer, the Montreal duo Solar Year self-released Waverly and not many people heard it. This summer they give the same (albeit revamped) album a proper vinyl release, which, after a stellar collaboration with fellow Canadian, Grimes, should have a lot more people listening.

This is a good thing. Producer Ben Borden, and singer David Ertel's music manages to brood without being suffocating, and treads a similarly thin line between shimmering synth pop and icy ambience. Solar Year have a refreshingly diverse set of influences: imbibing as much from 80's 4AD gloom pop as from Gregorian chants, they aren't your meat-and-potatoes indie act. And if anyone remains unconvinced of this fact, they premiered their album at an underwater art installation last year. Case rested.

Eccentricities aside, what really sets them apart is the powerful spell their music creates. Heavily treated vocals and spacious production create a consistently sombre yet serene mood, which envelops a listener in a similar way to the reverb attack of shoegaze. But quieter, with no guitars. Tracks such as the Grimes collaboration 'Brotherhood', and the beautiful 'Abby and Amber' flirt openly with a quasi-medieval plainchant style. Indeed, it wouldn't be much of a stretch to imagine the vocal refrains of the latter reverberating through a cloister circa 1200 AD, were it not for one thing: auto-tune. Like it or loathe it, Solar Year do it well. The subtle fluctuations that this filter affords provide just enough of the robotic to stop the music stagnating. Alhough they are unlikely to pen a chorus like Cher's 'Believe' anytime soon.

In the above mentioned 'Abby and Amber', it is possible to hear both the refracted chorales of Julianna Barwick, and the playfulness of Panda Bear. These two contemporary influences are vocal innovators, artist's whose voices are malleable, lithe creations of myriad possibilities.

Similarly, the axis of Solar Year's music, for all their knob twiddling tendencies, is unquestionably David Ertel's cherubic croon. Falling somewhere between Noah Lennox and the dude from Savage Garden, his vocals lead their psalm-like compositions. The tracks often feels ecclesiastical and hushed, with silence playing as vital a role as melody, and there is an undeniable spiritual element to these compositions, not often seen in modern music. On 'Night and Day', Ertel's breathily looped vocals rise and fall whilst the kick drum mimics the human heart. The result is rewarding, with subtle melodies ricocheting everywhere. Similarly, 'Lines' features synths that have evidently gone awol from the 'witch house' sanatorium, yet their menace is undercut by the uplift of Ertel's electronically altered vocals.

Solar Year manage to take traditional choral music and refract it through a modern prism. It seems at once on the pulse of the zeitgiest, yet at the same time strangely timeless. The lush production creates an atmosphere of sustained reverie, which envelops a listener in a warm yet visceral way. And despite its often nocturnal feel, I find the album an uplifling experience.

Perhaps Waverly would be best enjoyed in a live setting, with some hefty psychedelic visuals to help bring the colours - with which this record oozes - to life. That said, it works pretty damn well on its own, too.