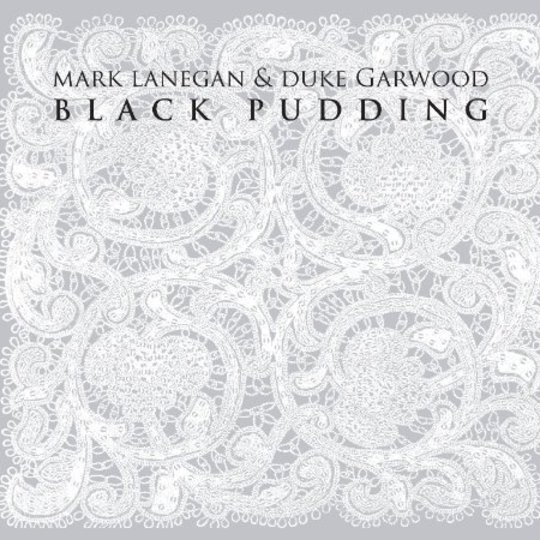 In a room below me as I sit to write this review Sky Sports is showing the two dead teams walking in the football match between QRP and Reading. Last year Sigur Rós released their sixth studio album Valtari. Tonight Sky One will be showing a new episode of The Simpsons. Unsurprisingly, the football was a soporific 0-0 that sent both sides shift meekly out of the top division, Valtari was haunting, ethereal and pretty, and that Simpsons episode will not stand up next to 'Last Exit to Springfield'.

Such predictability is rife amongst even the best musicians; we had a great album from My Bloody Valentine this year but it still sounded as you would expect. The great thing about both Mark Lanegan and multi-instrumentalist Duke Garwood is that they will always genuinely surprise. In addition to their solo careers, the former has worked with artists as diverse as Queens of the Stone Age and Belle & Sebastian’s Isobel Campbell, whilst Garwood has toured with Seasick Steve, Josh T. Pearson and Wire.

Off-puttingly titled new album Black Pudding sees both artists at their most subdued. It opens with a collection of folky acoustic guitar tracks, although the duo show technical ability – on ‘Pentecostal’ in particular – to inject the songs with an energy that elevates them above the over-earnestness of the plethora of today’s fauxlk indie singer-songwriters. Further into the album, full use is made of Garwood’s talent for a wider range of instruments, most of which I won’t pretend to be able to identify. ‘Last Rung’ though is a short piece on what appears to be a modulated, discordant piano, and the only real misstep is the groovy, bass-led ‘Cold Molly’. It’s not a bad song per se, just one that feels as at home as Clarke Peters (The Wire’s Lester Freamon) on Holby City.

Although a quiet album, it’s not one that ever seems to tire, always remaining interesting. There’s heavy use of minor chords and when Lanegan and Garwood do see fit to employ percussion it’s relentless but soft. As a result the record maintains a subtle and relaxed energy that keeps it alive even when the pair seems more concerned with setting a mood. Nowhere is this better demonstrated than on the six-minute highlight ‘Mescalito’, with its down-tuned sliding guitar putting it almost in the alt country genre.

The real selling point of Black Pudding is Lanegan’s voice. Gravelly and warm, the most obvious comparison is Tom Waits. Unlike Waits, though, the vocals are used sparingly rather than acting as the songs’ lead instrument. When backed with a quiet drone as on ‘Sphinx’ then the result is a sound closer to Swans’ later acoustic numbers. Whilst such seemingly effortless restraint is impressive, the flipside is that you often can’t actually tell what he’s singing about and as such this makes it hard to invest in the record emotionally. Song titles such as ‘Death Ride’ and ‘War Memorial’, along with the gloomy aesthetic, suggest though that such distance may indeed be good for your mood.