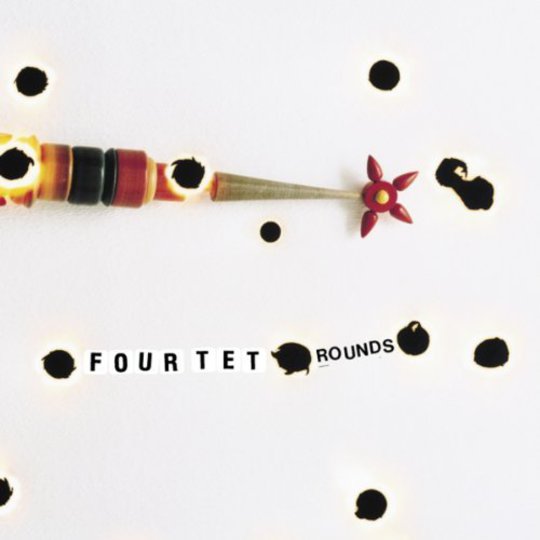 The cult of the legendary dance music producer is gathering pace. As electronic music continues to pound the mainstream with the force of Thor’s hammer, legendary DJs are infiltrating clubs at an alarming rate. They’re trotting out to the decks after 40 years and one big Chicago house hit to play ‘old-school’ sets, or they’re 21 with a number one single and playing their first club. Had over 1,000 hits on Soundcloud? You’re a legend. Ran a club night once? Guess what, mate, you’re a legend!

‘Legend’ is not to be confused with ‘cult’, though – there is loads of that about, too. Cult producers are the ones playing difficult records to half-a-dozen people at peak time, dismissing conventional gurn-curling beats and never stepping into the spotlight long enough to get a decent press photo taken. They’re too old for Radio 1’s playlists and too youthful to be considered an electronic elder, but they’re everywhere, being all cultish.

While we breezily drop these descriptors so much that they start to lose their meaning, few producers possess the rare, indefinable quality that allows them to straddle the best of both. Electronic artist Kieran Hebden, better know as Four Tet, is one of that small number. The parties he curates with Eat Your Own Ears sell out months in advance and his singles are inhaled from the shop floor in half an hour. He’s also worked with some of the most exciting leftfield names in music, including Thom Yorke and Burial, remixed pop names like Justin Timberlake and, at the other end of the spectrum, collaborated with American jazz drummer Steve Reid and Syrian electro artist Omar Souleyman. Consequently, you’re as likely to hear Jamie Cullum play his productions, as you are Joy Orbison.

Yet Four Tet doesn’t come to you, not really: you have to seek him out. You can’t listen to his back catalogue on Spotify, he rarely does interviews and the singles he puts out on his label, Text, are vinyl-only. Similarly DIY – and inspired by a Fugazi show he went to at Brixton Academy when he was younger – he keeps tickets to his coveted all-nighters under a fiver (or, more recently in New York, $5). He’s not the most underground DJ, not by some way, but he encourages his huge and rapidly expanding fanbase to help keep that dance music culture alive.

In recent years, respect for Four Tet has swelled to such epic proportions that his seminal 2003 album, Rounds, is being rereleased. Two albums came before it, Dialogue in 1999 and 2001’s Pause, the latter of which was credited with inventing ‘folktronica’, Rounds is considered his masterstroke. Instead of being a love letter to folk or jazz music in the way his previous albums had been interpreted, Rounds takes Dialogue and Pause’s essential threads – angel-soft ambience and minimalist melodic slivers of unconventional sounds, like banjos, gamelan and harpsichords – and spins them into glinting soundscapes that are distinctly ‘Four Tet’. His productions feel improvisational, as if they are free-falling through the air and creating shapes instead of sounds. The patterns dart across a few dainty musical motifs, on tracks like ‘Hands’ and ‘Spirit Fingers’, with all the unpredictability of a moth fluttering around a flame. You’re never sure whether it will eventually singe its wings or flit off into the night.

Take flight it does: Rounds is determined to escape chillout’s beige-carpeted lounge and instead illuminate how sound sculptures can be groovesome and complex. A muscular breakbeat drives ‘She Moves She’, for example, cutting through its geisha-graceful melody, while the grainy, echo-y clatters of ‘My Angel Rocks Back and Forth’ recall very early dubstep. The drums sound as live as any jazz band’s, too: ‘Unspoken’s cymbals gush like breaking waves and the chunky breaks of ‘As Serious as Your Life’ are, presumably, what made hip hop producer J-Dilla want to remix the track. It’s remarkable, considering Rounds wasn’t made in a hi-tech studio but in Hebden’s London flat, using, as one interviewer put it, 'a motley selection of software, much of it lagging behind the cutting edge.' To anyone who mocks the possibilities for bedroom production, give them a hefty spin of Rounds in return.

If you haven’t already introduced Rounds to your record collection, the special anniversary version makes it even more worthwhile. It comes with a bonus disc of a live set in Copenhagen, originally a limited-edition live album released by Domino in 2004 on CD-R only, in which fragmented versions of Rounds tracks like ‘She Moves She’ and ‘Spirit Fingers’ sandwich Pause classics ‘Everything Is Alright’ and ‘Glue Of The World’. For the vinyl purists, the 12-inch edition also comes with download codes – a Four Tet first, it says here.

But, though you’ll be rewarded with rare recordings, Rounds 2.0 is also a reminder of how beautiful electronic music is timeless and tirelessly challenging. That, after all, is the hallmark of any cult and truly legendary artist. And if we all succumbed to Four Tet’s way of thinking, dance music's world would be a much lovelier place to exist in.