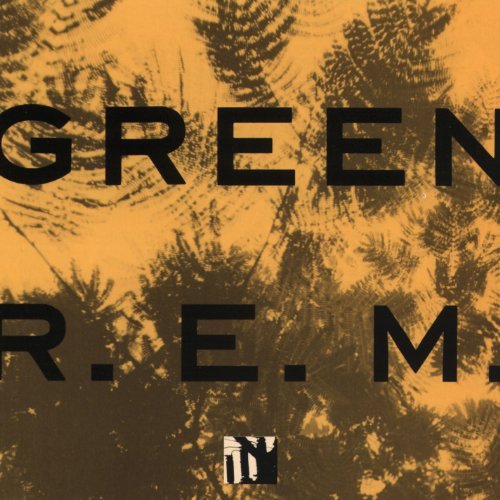 Green sounds like innocence: a sense of youth and light and simplicity and clumsiness and play.»

Remastered 2 CD set includes exclusive disc of live performances recorded at the Greensboro, NC stop of the group's Green World Tour on November 10, 1989. Includes four postcards, a fold out poster and insightful liner notes by Uncut editor Allan Jones packaged in a hard clamshell box. REM achieved global success with the 1988 release of 'Green', the Athens, Georgia quartet's sixth studio album and first for Warner Bros. Records, which would be the band's label home for the rest of their recording career. While REM were fast becoming one of the most acclaimed and revered acts in the US, 'Green' was their first album to gain the attention of a worldwide audience. Packed with tracks destined to be definitive additions to the band's canon, including 'Orange Crush', 'Pop Song 89', and 'Stand'.
description from www.roughtrade.com